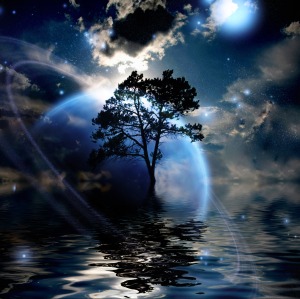 I was a sleepwalker for a good portion of my early childhood. My family life was chaotic and stressful, made more so by the fact that I would get up to sit in the bathtub in the middle of the night or put on six layers of clothes and stand over my brother’s bed swaying slightly. It was creepy. He might have some sleep issues now, too.

Sleepwalking is frightening, especially in the face of an angry, confused parent who doesn’t understand why you have decided to pee in the kitchen garbage can. You are woken up, with no idea of where you are or how you got there and then sent abruptly to bed. You begin to wonder what else you might have done or what you will do the next time you fall asleep. You don’t trust yourself.

When I was six and my mother was in the hospital having my second brother, my other brother and I stayed with an elderly lady who babysat us. We were put into a room on cots. It was dark and cold. My brother fell asleep immediately, but I lay awake, listening to the strange noises of an unfamiliar house.

In the morning, I was bathed in warm light. I woke up in a big comfortable bed covered in a pink lacy, puffed-up comforter. It was like falling asleep in a dungeon and waking up a princess in a castle. I had no idea where I was, but it was so wonderful that I burrowed down into the covers and went back to sleep. I found out at breakfast time that I had gotten up in the middle of the night and shoved a 70 year old woman out of her bed.

I didn’t sleepwalk every night, but with the potential that I might, falling asleep felt like a gamble. I remember trying to keep myself awake, not realizing that exhaustion itself was a precursor to many incidents.

The last time I remember sleepwalking was when I was 11, on a camping trip with my church group. The leader of the group had a Great Dane named Treasure Lee, who was tied up outside her tent ostensibly to keep guard. The entire camp was awoken at 1am by Treasure Lee’s barking. And there I was, standing in my long johns, two feet in front of this manic dog, undisturbed by the barking or the voices around me. I casually turned around, went into my tent, crawled into my sleeping bag and went to sleep, long before the rest of the camp would return to theirs.

My distrust of myself in a sleeping state accompanied me well into my twenties. I dreamed that I walked into a neighbor’s apartment, had an entire conversation with him (his side was the repetition of a question – “what are you doing here?”) and then went back to my apartment. To this day, I don’t know if it was a dream or if I’d completely freaked some dude out. I’m only grateful that I’m not a nude sleeper (for this very reason).

These days, I’m too damned tired to worry if I’m making the neighborhood rounds in my jammies. I’ve gone from sleepwalking to snoring like a freight train and finally admit that I’m a bit of a sleep-disordered person. Having a baby turned me into a light sleeper and now middle-aged hormones complicate the picture, since I can enjoy random night sweats. It’s a damned party and a long night’s sleep is an elusive creature.

I try to see a pattern and the one that emerges is all about change and chaos. Different environments, circumstances, stress levels have an impact. Whereas I’m generally a calm, focused person during a crisis in the light of day, at 3am my body and mind say “yeah, we helped keep things calm for you, but um, we have a few issues to work out right now“.

I often find myself writing at 3am now, having given up any pretensions to sleep. I’ve become a productive writer on and offline. My body and mind now tell me “you’ve bottled up shit for years, we’re going to work this out right now.” I wonder, once I’ve done all the therapeutic writing, finished my novel about a dysfunctional family, blabbed about all my weirdness and occasional misery, if I’ll sleep. And then I imagine a sleep so deep, so warm and welcoming, that I might never want to wake up.

45 thoughts on “Sleepwalking in Search of Order”