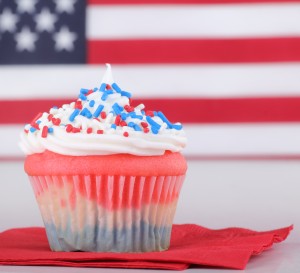 It has been a tradition since the Civil War for one or both houses of Congress to read George Washington’s Farewell Address on the anniversary of his birthday. I sat down last night and read it. Since I have a 3rd grader for whom every holiday is the bliss of no school, I seek to squash that joy by talking over the meaning of the day – especially since half the time, I haven’t a clue. It’s an opportunity for me to learn what I missed in social studies all those years ago, while I secretly read The Boxcar Children underneath my desk lid.

I would have posted a rousing rendition of me singing Happy Birthday to President Washington while draped over a baby grand piano, but the song is copyrighted until 2030. It would technically be illegal for me to post a performance in his honor and it would have been an awkward party moment, as Washington signed the very first U.S. Copyright Law in 1790.

As I read through his farewell address, I imagined a contemporary politician giving this speech. There would have been a lot of eye-rolling by the audience and at a length of 6,087 words, a lot more water-sipping. As a service to my readers, here’s what Washington has to say, paraphrased:

It’s been a great honor to serve, but I am retiring. Before I go, I’m going to give you some advice. (900 words. He was a wordy fellow.)

Unified government is necessary for true independence. This alone should justify you paying attention and protecting the institution.

The fact that you are American should make you proud, regardless of religion, political principles, geographical identifiers. As Americans, you share common dangers, worries and successes.

Putting party and geographical interests over the interests of the people is a matter of serious concern. This is why we have a Constitution, to protect us against the alliances and influences of particular interests.

We must not be distracted by the machinations of party and faction fighting. It is in our interest to discourage and restrain these antics. These behaviors may also open the door to foreign influence and corruption.

The separation of power is crucially important and the constitutional spheres of influence should not overlap.

Political and commercial favoritism of any foreign nation over another and currying favors in exchange, places our independence in jeopardy.

If I made any mistakes unintentionally injurious to this great nation, I am sorry.

I am looking forward to retirement.

Sometimes he who said it first, said it best. Pay attention to the words of President Washington, politicians. The American people would like to see some restraint and egalitarian representation of American interests at home and abroad. And a little humility wouldn’t hurt, either. Happy Birthday, Mr. President – and thank you.