I am morbidly fascinated with a Freshly Pressed post this week entitled “23 Things To Do Instead Of Getting Engaged Before You’re 23”. It is getting a great deal of attention and many of the comments are overwhelmingly negative and hostile. I get the basic idea of what the writer is trying to convey, but it just doesn’t resonate with me. Instead, it’s become my version of reality TV, watching this writer get water boarded online.

I might have written a similar post at her age, except I only had a typewriter and would have had to throw mimeographed copies off the roof of a building to trick someone into reading it. Technology has made it possible for us to write for a larger audience, sometimes an audience that we never considered or intended while writing a post.

The author’s particular subject matter – the choice of not getting married at a young age has apparently hit a nerve for many people. There is something to be said for getting married, if that is your desired aim, when you are more mature and have had some experiences (a state completely unrelated to a biological age, I might add).

However, this writer’s observations regarding what’s wrong with getting married young, were derisive, full of stereotypical references to being trapped and pulling out the old “knocked up and fat” trope. It’s no wonder she’s raised some collective hackles. If getting attention was her goal, no matter the tone of that attention, she has been a smashing success.

As personal a journey as blogging is, the very public aspect of it should give us pause, before spewing our guts out into the world. Yes, it’s perfectly fine to have an opinion and yes, it’s perfectly fine to share it indiscriminately. But is it worth sharing? Have you really thought it through? Is it a knee jerk reaction, a rant, a long form expletive, with nothing to support it? What does this opinion really say about you and are you ready to defend it?

Not everything is worth saying out loud or online. I’ve griped about Facebook and Twitter before, but it’s the instantaneous, broadcast nature of these platforms that foster an environment of thoughtless drivel. The 2 seconds of gratification you got blasting about how so and so is a slut and how you think those people are stupid, is a lifetime of everyone knowing that you are a complete dipshit. Breathe, take a second, maybe file it away for a day or a decade.

These are the things I think about before hitting the Publish button on a blog post:

Do I have a point or is this an endless ramble? Endless rambles are unsatisfying reads. Have I really thought my perspective through? Would this be even slightly interesting to another human? What are the counter arguments? Am I able and willing to respond to them? Is how I’m saying something interfering with the meaning I’m trying to convey? 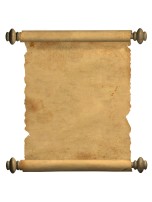 Is this easy to read? I read my posts out loud before publishing. Often I make changes based on how awkward sentences or transitions sound. I don’t want to torture readers and I’d very much like them to come back. Reading blogs is an unpaid enterprise, so I don’t want to make people work that hard.

Is this digestible? I tend to write longer form posts, but I also hack the hell out of them to keep them under 1000 words. Some would argue that’s about 1000 words too many, but that’s what I need as a writer. Tangents unrelated to the subject get chopped. Adjectives and adverbs get eviscerated. Repetition and tangled imagery can work for poetry and lyrics, but it can make for ponderous prose.

Spelling, Grammar and Accuracy of Information

Spelling and grammar serve a purpose. It facilitates communication between wildly different specimens of humans. I’m fed up with the term “grammar/spelling Nazi”. First of all, your spelling and grammar are a reflection of you. In current vernacular, please own it. Go crazy and possibly fix and learn from it. Secondly, the term Nazi is a very specific, historical reference and in no way related to properly using an apostrophe. I make writing mistakes, but I also try very hard not to make them.

I was caught out once using an incorrectly attributed quote. Ouch. And lesson learned. The magic internet isn’t always right. Use multiple sources to confirm and if you can’t, don’t use the information.

writing a post.  It gives me time to do all of the above and to argue with myself whether or not it’s even worth putting out there. I think about what might happen after I hit Publish. Do I have time to be responsive to comments? Is this effort worth the time and is it worth it for readers?

Sometimes I don’t know the answers, but I do know that it’s important to ask myself the questions before sending my words out there.

What do you think about before hitting the “Publish” button?