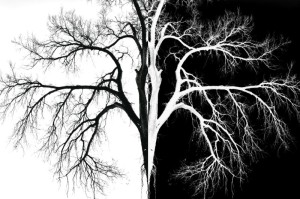 Sometimes the blogging world seems rather insular, self-referential and cliquish. Sometimes I forget that I’m a writer who blogs and not the other way round. As I enter my third year of blogging, nay, writing online, I come with a warped perspective of this virtual life. Lately, there has been the rumblings of a scandal regarding a popular blogger and angry words are flying from every direction in my WordPress Reader.

I don’t try to be intentionally obtuse or ignore reading about other people’s unpleasant interactions, but I eschew bandwagons and unprocessed hostility. Perhaps that is what reminds me that I’m a writer. I feel compelled to craft whatever tale I have to tell, even if it’s just about a health issue or quitting martial arts or about a socially awkward day.

I once wrote a post regarding an unhappy interaction with another blogger, but even as I posted it, it felt wrong. It was a raw post and the inherent nature of raw posts, is that it becomes a rallying cry for the sympathetic among us. It becomes a dog pile of sympathy and emoticons and whatever that thing is that people type to indicate hugs.

There are people who enjoy, need and appreciate that kind of response. I can appreciate the intent, but regard it as uncomfortably superfluous since, in general, I only write about subjects which are resolved for me. Between my dislike of hugs and emoticons and Valentine’s day and any other kind of artifice marked as sentimental and this particular post, you might be inclined to assume I’m chillingly unfriendly or distant.

I’ve “met” people through their blogs who are funny and intelligent and interesting. They may be total plods offline, as may I, but I enjoy them in the context of their writing and our exchanges in the comment sections of our blogs. Thus far, we haven’t asked each other for hugs, money or therapeutic support. And that’s about where I’d like to be with blog familiarity – enough to share a laugh or an interesting conversation, but as far away from contempt as possible.

The reasons for blogging are different for each individual. Many people are dealing with mental illnesses, physical illnesses, grief, PTSD, challenged as they care for the special needs of others, recovery from substance abuse or physical and sexual abuse. Blogging can serve as an outlet, the practice of not keeping secrets, a place where they can find people who have had similar experiences, a place where many seek catharsis and epiphany.

For those of us just trying to get some writing chops, a little courage to write out loud, it can feel like entering the land of the walking wounded. It’s hard not to be drawn in and captivated by stories. Until you say the wrong thing or follow the wrong blogger and as a consequence, stumble into raw pain and drama. Then it feels like staring in your neighbor’s windows.

After reading several blog postings of unfettered anger, I went out to shovel the driveway and to think about integrity and civility. It’s easy to lose both in an ether world that seems completely made up half the time, and the other half, comprised of gut wrenching stories of horrible truths.

One’s moral outrage and indignation meter gets out of whack, to the point where the indicator barely moves or shoots straight into the red. The drama unfolds before you and with cold objectivity, you are no longer a reader, but a voyeur. Perhaps this is the nature of exposure to a constant stream of information, stories, outrages. Over time, we become desensitized.

I’ve read through several outraged posts and comments about the blogger’s behavior, on and off the court. Rather than opening a door to constructive conversation, the posts make me want to tiptoe away, in the hopes that no one will notice I was there. The rage is unmitigated and palpable and feels like it will strike out at passersby. No one wants to be part of the collateral damage in this war of words.

coexist. Only a week or two ago, I was concerned about whether I was being edgy enough as a writer. My concern was misplaced. I am not that writer, nor that person. What I do believe is that in the long run, good boundaries make good bloggers and even better writers.