Thursday night, returning home from my last taekwondo sparring class, I sank deeper into the dark mood that has been shadowing me the last couple of weeks. I’ve thought unhappily about how I tied so much of my sense of self to job titles, to atypical pursuits, to this idea that somehow I am only valuable for what I do and not who I am.

It’s been nearly 15 years since I’ve renegotiated a life for myself, making decisive changes and shifts towards a larger goal. I moved states, met and married my husband, had a child, stayed in a job, grew roots in a community. Standing still was a foreign idea to me, but somewhere in my mind, I could feel a larger plan at work.

I have a similar feeling now, understanding that I am making deliberate choices and changes toward a broader goal. It’s not a pretty process and I’ve felt dismayed at my self-absorption, grim determination, joyless introspection. Everything is churning, restless, irritable. It is this discomfort, this sense of me without merit, that I have avoided through the years.

Drinking, excessive eating, unneeded shopping, smoking, gambling, pointless relationships, working nonstop – I churned through one compulsive behavior after another until I had nowhere to run. I do none of those things now, thinking smugly that I had miraculously saved myself from an unhappy fate. I became an upstanding citizen, a responsible wife and parent, a generous volunteer, a loyal employee. I’ve been doing everything “right”. Haven’t I?

Yesterday, I searched the internet, looking at all the martial arts schools in my area. I flipped restlessly through the community ed brochure, seeing 50 different new things I’d like to try. I wrote up an advertisement to start a writer’s group, since the last group I applied to was unresponsive. I thought of volunteering for the school’s Valentine parties, repainting 1 room or 10 in the house. I thought about going for personal trainer certification, going back to school for an MFA, and on and on and on.

It struck me, as my mind squirmed and twisted, that this has been the addiction of choice over the last five years. I am not me if I am not committed, overbooked, obligated, in motion, helpful, useful – desperately busy. I am nothing if I am not needed, not relied on, praised and lauded. I am still a small child in search of approval and fighting the feeling of not being good enough. It’s a very damning realization, at 46, to see the facades pushed aside and to see her, still avoiding the space between, those primal feelings at the core of it all. 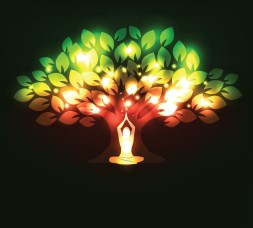 Many of us grew up in less than happy homes. Mine is nearly a stereotype of domestic violence, alcoholism and poverty. I am not one of the kids who got hit and “turned out okay”, as comments on corporal punishment articles doth protest. I became an insecure, fearful liar – anything to avoid getting punished or criticized. As an adult, I rebelled by becoming rigidly dedicated to being truthful and good. Good is a subjective term. Piousness, in and of itself, is not always good. Selflessness is not always about generosity.

I feel like a jackass for being this far down the road of life and finally working up the courage to deal with scars. Out of the messy distractions, I was lucky. I married a good person who supports whatever I decide to do. I have a healthy, happy child. I have a warm, safe home. I have enough space to make choices. I’m in a safe place to unravel. And it scares the hell out of me. Who will I be when I let go?

So excuse the whiny depression, the restless irritability, the self-induced misery. It’s getting ugly in my head, but I know it’s time. There’s a better plan. I just have to sit long enough, in this uncomfortable space between, to figure it out.

41 thoughts on “The Space Between”