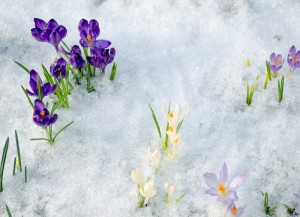 Stymied by too much reading and introspection, speaking or writing aloud seems particularly difficult this week. I just finished reading Anna Quindlen’s Loud and Clear. She’s a writer and journalist who wrote an op-ed column for the New York Times for many years and won a Pulitzer. She was characterized by cultural critic, Lee Siegel, as being a “monster of empathy” and one of the first “Queens of Nice” writers. I like and identify with her writing. It’s a monsters’ ball.

Lately, I’ve been running smack dab up against insecurities and doubts and fear when I try to write. Much has to do with the fact that I’m reading so much of others’ works, as well as the comments and criticism of those works. I wonder that I am not made of hardier stock, that I can’t storm the barricades with whatever banner I’ve chosen to wave without quickly falling back under the onslaught of criticism. Maybe because I am never certain that I am correct, that whatever cause I’m supporting isn’t subject to criticism, isn’t subject to question. I question everything. And most of all, myself.

Is this questioning, by another name, simply insecurity? Part of me says that it is cowardice. Self-awareness can be useful – one is aware of the fallacy of insulated thinking, of white privilege, of gender perspective, of seeing the world through the lens of one’s own experiences. I read several essays on writing about trauma, transracial and gender writing that really made me think about this blog and about my fiction writing offline.

Before I entered the world of blogging, I was less aware of the many unique issues that humans deal with on a very personal level. Much like the media focusing on the horrors of living on this planet, it has skewed my perspective and shaken me up a bit. I never saw myself as a label, always feeling like I was a little out of step with the rest of the world. Perception versus reality. Feelings versus statistics.

I thought that I was an empathetic person, able to vividly imagine being in the shoes of someone else, but lately, I’ve come to doubt even that. People who have been forced to declare and define themselves, through adversity and trauma and illness, have something to hold onto – they wish they didn’t, but it’s something. It is a form of clarity I do not have and it has rendered me a gelatinous blob, sliding this way and that depending on the cause of the moment, the news of the day.

What can one write about that isn’t superficial and silly? I’ve trotted out my abusive childhood enough times. I’ve blabbed about my parenting and military experiences. It’s not edifying or enlightening or nearly gory enough, nor can it make the world a better place. Shouldn’t there be a point to it, this angsty, masturbatory blathering? In my head, the answer is resounding silence and the next thought is: so just shut it.

The field has leveled for me and I see nothing in this direction or that worth writing about – somebody else is already doing it. Doing it better. Doing it with feeling. Doing it because it is their experience, in their DNA, in their history. Is it time for those of us who lead ordinary, unremarkable and common lives to stop talking about ourselves? Aren’t there lives to be saved? Children to be rescued? Wars to be stopped? What meaning can this cultural morass of blogging have in a world riddled by tragedy?

The minute you take up a cause that isn’t inherently yours, no matter what your intent, what level your passion, there is somebody to scream cultural appropriation! – white privilege! – middle class! – anti-feminist! –man-hater! -faux intellectual! Sit down and shut up. This is not your cause. You cannot relate. You do not know what you are talking about – stop riding our train.

So I write patter. I write nice. I write about kids and malls and my mood of the moment. I write about feelings in a world that takes delight in mocking them. I become a monster of sympathy, because nothing is my right to say. I become worse than the silent majority. I become a talking jellyfish.

I started this piece thinking that I’d eventually arrive at the conclusion that ordinary people need to have a voice, so that we don’t think the entire world is made up of victims and sociopaths. I thought I’d figure out what I was really doing here, that what I write is worth placing in a public forum and not better hidden in a private journal. I am waiting for Godot, arguing with myself in vain. And that’s not saying much. Again.

The Green Study will be on hiatus until April 1st. By then, I hope the inspiration of spring will relieve me of this grumpy blogging nihilism.