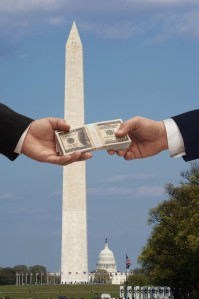 This morning, we Americans were treated to a bevy of smug smiling old white men from every media source. I voted, so settle in – I get to complain. This morning, I scrolled glumly through the election results. Let’s face it, same old shit, different day. I’m not going to launch into the typical polemics of them versus us, except in the sense that them versus us is all about the average American versus the political oligarchy that swims in the sewage of big money. Politicians of any ilk.

President Obama, in my mind, has not distinguished himself from any other president in the last three decades. I had hoped, especially early on, that he’d be bold. Instead, the only change he implemented was the change he ran on – “not Bush”. Mediocre presidency. The Democrats have spent this entire time acting like the bullied kid on the playground – not pushing back, not taking a stand, not doing much of anything except wringing their hands about them bad ole’ Republicans.

The Republicans are still confusing ideology with good policy making and while they tout the first black Republican woman elected to Congress, they are as white and misogynistic as ever. Her campaign was based on “there are no women or race issues, only people issues”, which reflects the tone-deafness of her fellow party members. Guess what? Not acknowledging problems doesn’t make them go away. And exactly what are the people’s problems? Because seriously, I have no issue with not calling corporations people and getting creepy male politicians out of my privates and training police officers how not to shoot black people. And for goodness sake, stop telling me what a real marriage is, especially when so many of your own houses are in disarray.

Billions of dollars were poured into these midterm campaigns, spent on making dysfunctional political families look like something out the 1950s, while rabid dogs gallop across lawns. And then there were the family pets. I am discouraged. I participated in the process. Most of the candidates I voted for won, but I feel like I just got out of the gutter. All this money scares the hell out of me. Four billion dollars for a midterm election? Four billion dollars? Holy shit. Welcome to our pay-to-play system. For all the harkening back to the founding fathers, I truly doubt that this is what they envisioned for this country.

So, what’s an American to do? I’m pretty fed up with reading angry blog posts (and just about done writing this one), since social media doesn’t mean squat in this river of money. It’s another way we citizens can seem to be involved and powerful that, in the course of history, will just be an added distraction for the masses, like Candy Crush. Or voting.

As someone who is relatively optimistic about my country, I’ve hit a new low. Four billion dollars. Republicans who are doing their doolally happy dance this morning, act like they won something based on their super duper plan for improving the country. Nope. They just paid for it. Democrats look downright rudderless. They paid for that, too. Worst of all, we, the People, are going to pay the price for this cynical and corrupt political system as we suffer the next two years of relentless campaigning for the 2016 elections. Four billion will be just the tip of the iceberg.

28 thoughts on “You Get What You Pay For: The Midterm Elections”