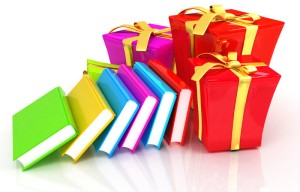 It’s a phrase I’ve said repeatedly in my lifetime: “Give gifts that people want, not what you want them to have.” I received two books as gifts recently and had two entirely different reactions.

I unwrapped the first book and sat there stunned for just a moment. A thousand thoughts ran through my mind, including “You hate me, you really, really hate me.” I was struck how out of proportion my mental reaction was, but that is the nature of my relationship with books. They are such a part of who I am, as a reader, as a writer, as a human, that I can’t imagine anyone would think one book was as good as any other.

The book I received was an inspirational tome by the mother of a child who had died from a rare disease. I stared at the gift-giver as if she’d just given me something with “Oprah’s Book Club” stamped on the cover. There’s nothing in my personality that suggests I like Thomas Kinkade, Hallmark or Chicken Soup for the Soul. I don’t have tear-stained copies of the The Notebook or The Fault in Our Stars in my reading stacks. While I can feel deeply for a bereft mother, I do not read for sentimentality’s sake.

The gift-giver doesn’t really know me and certainly did not know that she just gave me the equivalent of a package of Granny Panties. Although they’re mighty comfy on occasion and make good cat barf rags at the end of their usefulness, I do not want to receive them from a relative stranger in a room full of people. This is the same person who gave me a Prince Charles’ tome on the future of mankind several years ago. A thong with pretty pictures.

I was writing to a friend this morning about book recommendations and it struck me how very personal it is and how reluctant I am sometimes to offer up ideas. There is a level of intimacy, because you know very well you are going to recommend something they may not like. And if they ever tell you that, it will hurt just a little. And part of you will wonder about the veracity of your friendship.

There were several friends of mine who raved about 50 Shades of Grey. I don’t know that I’ve ever looked at them the same way again. Yet sometimes when I read negative reviews of a book that I liked, I get enraged, as if someone had just insulted my mother. And you can often see in the comments that people have taken personal umbrage to the review, to the point of online wedgie-giving. 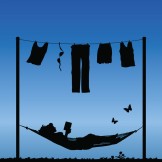 This is part of the reason why I don’t write book reviews. The book that was poorly edited, full of sentimental manipulation, with characters I’d like drawn and quartered – that book touched someone’s heart, comforted them while they were going through emotional turmoil, allowed them to escape for a moment from the anxieties of their life. There were, for a few moments, no bills to be paid, no pictures to cut out faces from, no squalling child in need of something. Who knows what a book I loathed, meant to someone else?

From a literary standpoint, I don’t pretend to have high standards. I like a good story with complex characters and I don’t care if it’s Toni Morrison or Nicholas Sparks (uh, maybe not) as long as they write a world I can sink into with rhythm and language that keeps me there. But what draws me in might be something that reminds me of a comforting moment as a child or visually links me to a place where I felt happy. The character might remind me of a boy I was once madly in love with or someone who never got their comeuppance. 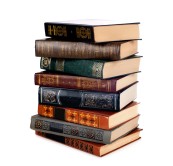 What we read, what we love to read, what we want to read, is as complex and reflective of our humanity as what we like in music or fragrance. It’s incredibly personal and intimate. I have found that it is also a reflection of our relationships. The first book I received during the holidays was from someone for whom mutual dislike is discernible. The book felt like an act of contempt, although it was likely a thoughtless throwaway attempt at being generous.

The second book I received was from a friend over coffee. We’ve talked about books often, have known each other for several years and she’s in my ring of favorite people. She gave me a book that she had read and really enjoyed. It made her laugh. She knows my sense of humor and thought I would enjoy it as well. It was an entirely different experience, as intimate as a hug without having my space invaded or being imprinted with a scent.

ometimes I think I’m a very hardhearted person, that I should be grateful that I’ve been given anything. I’ll smile and say thank you, even while wondering if Half Priced Books will give me any money for the book I’ve just had foisted on me. Giving a book to someone just because you know he or she reads books is akin to giving a knife from Target to a professional chef. Unless you’re already familiar with their kitchen, you are likely giving them something that they’ll re-gift in the coming year.

Socks. Just get them socks.

Right now I’m lost in pure entertainment, having tracked down used copies of the Alfred Hitchcock Presents series. I’m reading Stories to be Read with the Door Locked. When we’d visit my grandparents, I’d sneak off to the den and read everything on their bookshelves. They had all the Alfred Hitchcock dime store paperbacks. That’s also where I read the horrifying Helter Skelter (that’s a post for another day called Inappropriate Things I Read as a 10-Year-Old).

I’ve shown you mine, now you show me yours…

58 thoughts on “The Intimacy of Book-Giving: Just Give Me Underwear”