Writing prompts have never appealed to me for a couple of reasons. There is the Rule of Obstinacy that guides most of my life. Suggest something to me? You’re not the boss of me. Join a group, a trend, a club? To paraphrase Groucho Marx, I wouldn’t want to be a member of any club that would take me. Recommend something to me? What are your supporting sources? I need to do the research. 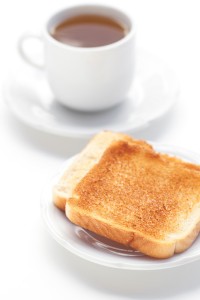 The second reason that writing prompts don’t appeal, is that I cannot eat a simple breakfast without my mind falling over itself with ideas and thoughts. I so often start conversations with people, “I was just thinking about…”, which is to say, I spend a lot of time inside my head. I get up at 4am every morning, so that I can sit in solitude and silence for a few hours. I read or write, eat breakfast or have some weird-ass epiphany.

This morning was no different. I woke up at 3:42am with a cat sitting on my chest, purring its sycophantic feed-me purr. I had a post ready to put up on this blog, but I didn’t like where I ended it, so it stays in the draft pile. I wonder if I’ll post anything at all. No worries, time for breakfast.

The first order of any day is to put on the kettle. We have a lovely ceramic electric kettle. Tea has been a part of my life since I was born. It was the cure-all for whatever ails thee and the only proper way to begin, well, anything. Nothing happened until the tea was made. Visitors could not talk, Christmas presents could not be opened, phone calls could not commence.

My family came to the United States from England in 1953 on the last White Star liner built, the MV Georgic. They arrived rumpled and tired at Ellis Island, and made their way to Savannah, Georgia. They lived there for a year with a disagreeable relative before taking a train to San Francisco. Eventually, my mother, reluctant father, and I moved to the midwest, where I have lived most of my life. This is all to say, that much of what was British was left in a trail all over the country, with the exception of tea and accents and a certain reticence about…everything.

The tea is not a fancy one. In my cupboard, there is almond, chai, green, white, jasmine and a lot of made up flavored teas. I’ve tried them all, but my regular cup is black pekoe with sugar and soy milk. The soy milk is a nod to my newly acquired veganism, but I expect with all the soy I’ve been consuming, that I’ll be growing a third breast any day now. Moo.

The mention of veganism is an awkward segue to the other part of my breakfast, toast. I baked the bread yesterday, after making vegan adaptations to the recipe. I use the oven, don’t have a dough mixer and the recipe has no weird ingredients. This means I’ll be finding flour in the kitchen for weeks to come. It takes 3-4 hours to make this bread, which allows several hours of proofing the dough, pounding it down again and letting it rise. And if you can’t see the analogy to writing in that, there’s no helping you.

I once worked in a bakery at a grocery store. I’d arrive at 5am, mix dough for doughnuts and plop those little rings into the fryer. I didn’t last in that job long. I was still wearing the Hi My Name is Michelle. I’m New, but I’m Exceptional nametag when I quit. I now have a lifelong doughnut and nametag revulsion. The doughnut’s history is disputed, but it is thought that olykoeks, meaning oily cakes, were brought over by the Dutch settlers. I went to Amsterdam once and got food poisoning (not from doughnuts), but no pot. It was a disappointing trip. Except for the tulips. They were pretty.

Which reminds me that I have to get some fencing up around the still dormant flower beds. The rabbits go to town on the tulips, spitefully biting off full blooms mid-stem and leaving them on the ground. They don’t even like to eat them, the little nobs. Still, every year, I plant in excess to make sure that after all the animals get done with our open buffet, we get a damned salad out of it. This year, our full ecosystem is in swing. The rabbits, mice, voles and chipmunks have brought in owls, hawks and last year, a red fox. Population control is cruel, but innate.

Well, breakfast is done. Now I have to do some offline laundry. Which reminds me of a story…

Look at what this artist did with a simple idea. Have a lovely Sunday!

36 thoughts on “Tea and Toast: Stories at Breakfast”

Leave a Reply to Michelle at The Green Study Cancel reply