Posted on March 6, 2016 by Michelle at The Green Study

As tempted as I was to write a blog post called “Doomsday Penis”, in light of yet another baffling Republican debate this last week, I decided to take a breather from politics. You’re welcome. I mentioned to my husband that using the word “penis” in a post might cause some unintended traffic. He replied that if someone is using “penis” as a search term, they were already accustomed to disappointment. Okay, funny man. 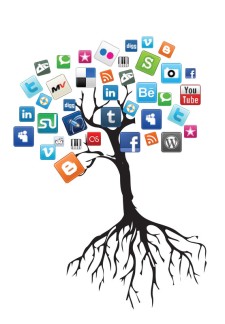 There’s a lot of talk in our culture about distractions. My daughter’s school has sent out multiple notifications of bullying with cell phones on social media, which has led to fights and police involvement. At a middle school. Every day, we have to look no farther than the grocery store to see people completely checked out – connected and disconnected all at once.

I read an article in which a local 17 year old texted and drove her way to hitting a father and his 10 year old daughter, killing them both. I don’t know if it’s because I’m a writer or if it’s because I’m too sensitive (what jackasses call people who find them irritating), but I could immediately see this from the perspective of all the people involved – the self-involved teenager, the family and friends who lost loved ones, the judge, and then me – with the creeping fear that this could happen to my husband and daughter.

Before I get on my high horse, I have my own issues. I’ve glanced at my phone at stoplights, picked up Bluetooth calls while driving. And although I deliberately decided to not use Facebook or Twitter, I can still be twitchy and disoriented catching headlines and email and watching my little WordPress notification come up on my phone. It feels like playing the slot machine at a casino. Ding. Ding. Ding.

I fall asleep at night listening to the CBC. Those Canadians are so calm, one can’t help but relax. When I get in the car, my playlist starts up. I listen to audiobooks when I do chores. I play solitaire or fake read my Kindle (seriously, the e-reading thing just isn’t catching on with me, but I excel at Angry Birds), while I binge watch Netflix. All entertainment. All the time.

This week, I’ve been practicing stripping away distractions. It’s been made more difficult by a head cold. Silence sounds more like a waterfall rushing through my head. I’ve been making myself do things, one at a time, with no background activity. It’s very hard to do and I find that upsetting.

When did I change? When did I become this leg-jittering, humming, antsy person in need of a fix? That I can’t even sit in my own company without checking this device or that – it’s a wake up call.

In psychological terms, much of what I do these days would be described as experiential avoidance. I quit my job a few years ago to commit to writing full-time. Thus far, most of what I’ve done is unfinished, unremarkable and uninspiring. I have, however, finally learned how to keep my house mostly clean and that if I don’t shower before 9am, I might as well just go back to bed, because nothing is going to happen that day. Except me getting smellier by the minute.

I’ve been avoiding failure and imperfections and bad writing, all to the long-term detriment of developing myself as a writer. I write in fits and spurts – not long enough to develop a longer work in any meaningful way. We all know the advice – just write. Hell, I’ve exhorted the very same thing on this blog. I’m exponentially wiser, the farther I am from my own reality.

I’ve spent years fighting myself. But in the last few weeks, I’ve really zeroed in on moving forward. I’ve finally admitted that I’m stuck and that things are not improving nor will they, unless I deliberately and painfully change my habits or at least learn how to turn some of them in my favor. Spring is around the corner – it’s a good time to make a change. 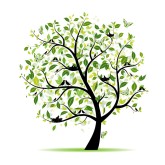 I’ve read about people going on technology fasts and I think in light of having a child and other caregiving responsibilities, this is not a reasonable tact for me. For the month of March, I’m giving up Netflix and any streaming video. I haven’t watched television in years, so that’s not on the list. It’s a personal experiment in giving value to my time. I’m now going to lay on the study floor and twitch for awhile.

What’s your least helpful distraction? What are you avoiding?

← Walk No. 362: The Learning Curve
Silver and Gold: Blogging Gratitude →

Leave a Reply to Michelle at The Green Study Cancel reply