Posted on October 23, 2016 by Michelle at The Green Study

Getting Lost on Purpose

Yesterday I got lost driving in St. Paul. My husband swears we should never cross the river that divides the Twin Cities. He’s gotten lost as well. Jesse Ventura, the former infamous governor of Minnesota, once insulted the city on national television by suggesting it was designed by Irish drunks (I imagine the Irish were insulted as well!).

Getting lost has never caused me undue anxiety, especially since we bought a car with navigation – except it will fritz out at critical junctures in the journey. I have learned to just work on getting back to where I came from, doing u-turns in cul-de-sacs and slowing down to squint at street signs. It’s how I learn to find my way around.

When we traveled the west coast this year, I realized that having access to internet reviews, maps, pictures, and descriptions of every locale and hotel changed the nature of travel. I was rarely lost, surprised or delighted by the planned stops. I had to look for those moments.

In everyday life, the thrum-thrum of routine and picayune worries means that I have to look for those moments daily. Sometimes I think it will be this way until I’m found lifeless, slumped in my wheelchair at a nursing home. Sometimes I think any tragedy and ten years down the road, I’d be living a completely different life – that thinking awful thoughts will prick my appreciation for the sameness of this moment.

Moments are found in the knocking of a woodpecker, who is grocery shopping in the wood of our grayed deck railing. Or in an autumn memory flash of crunching through the leaves, while walking my chatty, happy 4-year-old to preschool years ago. Or hearing a piece of music that reminds me of new love and mix tapes.

Sometimes though, we have to deliberately create those moments. We have to snatch up the defribrillator paddles and apply them in earnest. Wake up. Do something. Bring on the discomfort. I’ve done this over the years – trying improv comedy in my 30s, taking up martial arts in my 40s, public speaking, swimsuits and often saying no. I’ve been getting lost, been foolish, tried things not recommended at home, gone without a net, safety glasses, an umbrella or warm socks.

There is something I have not done. I have not dared to do anything beyond blogging with my writing.  I have a novel that I wrote the first draft of 4 years ago, that I’ve rewritten twice, renamed thrice and shredded in fits of pique. Then I decided to sign up 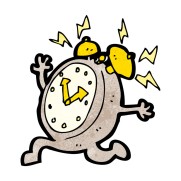 for a writers’ pitch conference taking place next spring. At this conference, I am supposed to pitch a polished novel manuscript to agents from three literary agencies.

Five months. I have five months to finish the cursed manuscript, fly it past beta-readers, get it to an editor and then hand over what remains to complete strangers. I want to throw up just a bit. But there it is – I’m awake and can no longer hit the snooze button.

It hung precariously to the tile. Only I didn’t see it until I was washing my hair. With no glasses on, it was something that didn’t match the pattern on the wall. And it moved. I shifted the shower head so I could stand facing the spider, further away. We eyed each other with dismay.

There is always a moment, facing the creepy crawlies that invade our house, of decision. Their benign attempts to coexist are met with shrieks by the large, destructive predatory inhabitants. We are the elephants and they are the mice, and we shrink away.

I remembered many years ago, reading about Buddhist monks who tread paths carefully, lest they step on an ant. I began to walk more carefully.

When my daughter was younger, we’d pantomime saving the spider. We’d use an index card and a cup, removing the arachnid from its ancestral home, depositing it gently outside to roam free. The reality is that most house spiders die shortly after being deposited into the elements.

Then came the shrieking phase and all she wanted was the monster dead, which had always been my gut instinct anyway. It seemed more humane, casting a dark human shadow, a quick crushing end to its life. I am the monster.

I went to a poetry reading by Billy Collins a week ago and left feeling that I could write poetry. Until I tried to and was reminded that I was wrong. Over the years, I’ve read more poetry. I keep imagining that my ever-shrinking attention span would be a benefit, but it’s not. Poetry is an economy of language and done well, requires one’s full attention.

Serving as US Poet Laureate for several years, Billy Collins writes what is often called “accessible poetry”. He describes it as unashamedly suburban, middle class,  and domestic. One of my fears is that I, and by extension my writing, am suburban, middle class and domestic. My childhood working class prejudices make me shrink from that description. Who we are now, though, informs our writing as much as who we were. It’s a good lesson to remember – creativity on a continuum.

One of the things I love most about living in a metropolitan area is the ability to attend a wide range of authors’ lectures. I enjoy hearing about their writing processes and experiences. Sometimes, though, they mostly let their work stand on its own. Mr. Collins read his poetry with only slight interjections in between each work. This seems novel in an age where self profession has become a genre all its own.

Thank you to Kiri, Ross, and Cezanne for your winning entries in The Green Study’s “Positively Happy Nice Story” Contest. Nothing like some positive vibes to stave off this depressing political season! Stay tuned next week for the Honorable Mention entries from Catherine, Bill, and Alison.

15 Comments on “Getting Lost on Purpose”