For some people, self-care is reflexive – a function of healthy esteem and respect. I am not one of those people. On a sinking ship, I’d lower the lifeboat and wait for everyone else to get in. It’s not altruism. It is that I tend to put myself low on the list of priorities. Everything and everyone else comes first. There are scenarios where this is lovely and heroic, but in most cases, it just means at some point I’m going to be drowning and I won’t understand how I got there.

I tend to learn the hard way, but as I round the corner to fifty, my self-care skills have improved. Not stellar, but improved. I have a cue card on my desk to remind me of daily self-care habits. It seems strange that an adult woman who is fairly confident and self-aware would need to cue herself to floss or read a book or take vitamins, but I am easily convinced that doing the dishes or volunteering an extra shift is more important than taking time for my mental or physical health. It’s a bug in my system and it’s too late to rewrite the whole program, so I find workarounds.

I’ve used this card off and on over the last six months. It took me a long time to figure out priorities. The red ones are critical for me. When I don’t do those, my brain and body functions decline and my judgment is impaired. I imagine that this card would look different for each person. I don’t do everything on the card every day, but I do more of them than I would without the reminder. It’s about bringing mindfulness to one’s life. Lately, I’ve been forcing myself to really adhere to it, just to right the ship.

A lot of people are experiencing anxiety right now. I ingested the toxicity of politics and it left me depressed with bouts of anxiety and insomnia. I tried to counter with action and will continue to do what I can, but the detachment I’ve begun to feel from my country and fellow citizens tells me that the grieving stage is over. I’m stepping back, re-orienting myself and getting back into the fray with more thoughtfulness and less fruitless engagement.

That being said, I unraveled quite a bit. Sleeplessness and anxiety will do that to a person. I had to remind myself that I’m no good to any person or cause if I’m letting myself fall apart. My self-care dropped to minimal standards. Good job on that shower, lady.

As someone prone to depression, listening to and reading all the hostility and feckless commentary meant that it was internalized and became universal in my thinking – the world seemed full of horrible, hateful humans. That thought would bring anyone down. Detaching from everything sounds suspiciously like not giving a shit, but I’ve come to understand that space and boundaries are critical to one’s mental health.

When I was in the Army, one of the training exercises involved reacting to a flare attack under direct fire. Flares turn night into day and can be very disorienting. The key strategy is to move out of the illuminated area through a series of rushes and crawls. Once out of the lit area, you regroup and reorient to continue the mission. 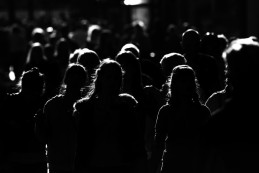 Regroup and reorient. It’s mission critical, whatever your mission might be. There’s a lot of disoriented people running around striking out at any moving target. Even the proverbial winners of this election seem a little discombobulated, still hollering campaign insults and meming away.

On a personal level, rest, decent food, exercise, connections with the people we love (who aren’t still acting like politically deranged assholes), this is the way forward. We don’t owe our mental and physical health to political entities or causes. Get off Facebook and Twitter. Take a moment to breathe. Go outside. Take a shower. Get some rest. You can’t save the world if you can’t save yourself.

25 thoughts on “That Oxygen Mask: Self-Care When You Feel Like You’re Drowning”