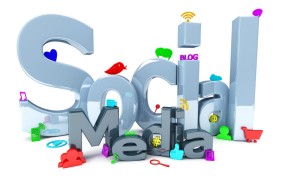 After deleting my Facebook account, I decided to evaluate Twitter. I’ve tried to look at it over the years, but it never hooked me. A pulled hamstring and twisted knee have made me more stationary these last couple of weeks, so it was a good time to review it again. I followed some people and organizations, read through trending Tweets, and have come to the conclusion that Twitter is not healthy for me. I deactivated my account.

The final straw was reading a Tweet that a woman had posted. Her 4-year-old said she wanted a lady dentist at the dentist’s office. Kids say a lot of strange and funny things. Adults on the other hand, can be complete and utter assholes. Grown humans immediately piled on, railing against feminism, bad parenting, and referring to the 4-year-old in every snide way possible. My child once said she wanted to live in a tree. If I’d said it on Twitter, I’d have been doxxed by arbor lovers and castigated for teaching my child to discriminate against houses – in much creepier and toxic terms.

Part of my experience of Twitter, was the passive-aggressive hobby of muting and blocking people who I found irritating – the MAGAs, the people with full weapon arsenals in their profiles, the religious ranters, the misogynists, the people who had fifteen million emoticons in their user names. Apparently emoticons have evolved to high heel shoes and American flags. And criminy, hashtags render everything into a convoluted mishmash of eye-screwing chaos.

I blocked people who felt the need to advertise that they were patriots or God followers or that they had superior intellect. I find advertisement to be the red flag of self-definition. If you feel the need to advertise your moral high ground, I can only assume you are hiding toxic personality traits and eventually will tell me that I’m a libtard, a feminazi, the grammar police, and a bad parent. Twitter encourages the use of labels and categories and it all seems like the squawking of parrots and derivative categorization. It also encourages judgment. 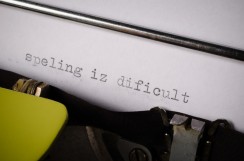 There is something unhealthy about seeing the worst of humanity’s thoughts on a daily basis and having elaborate, but silent arguments with them. The trick is, I think, to carefully curate who you follow and not to read anything beyond the original comment. I don’t have that kind of self-control or thick skin and if I started to respond to any of the many jerks who populate Twitter, I’d barely manage to feed and clean myself. The grammar corrections alone would render me frozen in front of my computer 24/7.

Perhaps it is my addictive personality. The fact that I have played 3 billion games of Freecell in my lifetime is a tip off. Or that in the six months after I discovered casino poker machines, I never had any money for more than ten minutes. I had to go cold turkey. I’ve spent more time in my life quitting bad things than starting good things. So I know this road and Twitter looks an awful lot like years of my life about to be sucked into the internet.

I assume there are normal people out there, who could take or leave habits, who know when to get offline or put down their phones. I am not one of them. And I can’t really afford to indulge my compulsions. I’m 50 and have a shitload of things I’d still like to do with my life. 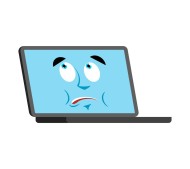 I’ve heard that there are positive things about using Twitter. There are writers who seem to handle the whole thing swimmingly – John Scalzi and Chuck Wendig have made it part of their careers. And I admire that particular skill set, but I have to finally admit, I’m not built for it. I move too slowly, think things over until they’re reduced to milquetoast responses. My sense of humor is an acquired taste, I have never been called a “wit” in any social setting, and sometimes I’m fiercely, fiercely angry.

I have to agree with Ta-Nehisi Coates who said something to the effect that having an immediate public platform for his thoughts was not good for him. It’s not good for me, either. I could do it, but at what cost to my organic thought processes? There are other writers I enjoy reading who are also not on Twitter, which seems like a career-damning thing to do, although most of them are established writers with high level platforms in the form of big name publishers or national magazines and papers.

Still, I can’t change who I am in response to what may or may not be an eventual writing success. And it will be a success I never have, if I spend my time doing things that are not productive and that extract hours out of my day. Social media is, in capable hands, a useful tool. In my hands, it becomes an unwieldy addiction. That’s a hard-won admission that surely cements me into the category of codger, but I think I’m #okaywiththat.