We keep getting told life is short. I feel that. At 50, it seems to speed by more and more quickly. I have become resentful of the things that eat my time and am trying to simplify more than ever before. But who am I kidding? Nothing about modern society is simple. Everything has a EULA attached and you better damn well read it, lest you inadvertently give up your firstborn.

Today, I spent a couple of hours reporting a fraudulent credit card charge, cancelling my credit card, and moving auto-pays (which is an alarmingly high number of transactions) to another card. Because fraud has become so ubiquitous, it was surprisingly easy, albeit time-consuming, to do. I do hope that AirBnb in California was a lovely place. For $950, these criminals should have gotten a bedtime story and warm milk with their stay.

Over the last month, I’ve been stalking the magazine American Scientific through email and phone calls requesting repeatedly that they remove me from their email lists. I finally cancelled my subscription. To no avail. They email throughout the week with offers and click bait. I’ve blocked the sender and finally reported them to my internet company as spammers.

It isn’t just the constant emails that aggravate – it’s the idea that a publication covering science is incapable of managing a database or teaching their customer service reps who, to a T, have told me they have taken care of the issue, how to use said database. My husband doesn’t understand why I’ve picked this particular battle. He’s a programmer. Color me suspicious.

And the final time-suck culprit is the MEETING. Every time there are more than two people involved, there is a meeting. Some of the groups I’m involved in have a heavier social aspect than others, requiring designated drivers and doggie bags. The other groups have a decidedly bureaucratic flavor, with multi-page agendas, PowerPoint presentations, and where, at any given moment, 50% of the participants are on devices. Connected and disconnected all at once.

Meetings are made up of human beings. At least that is what I keep telling myself. There is always the meanderer, the nonstop talker, the pen-clicker, the drink-slurper, the strident, loud voice that stomps on everyone else. I have meeting narcolepsy. The sound of the human voice going on and on, puts me to sleep.  College was torture. 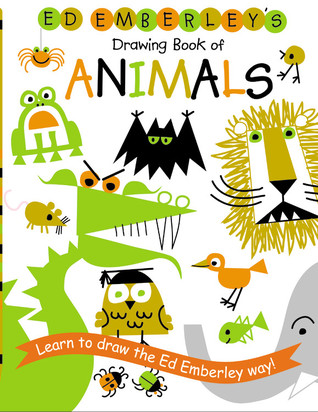 With my abhorrence of meetings, I’ve mastered several new skill sets. The classic lean on hand so closed eyes are not noticed posture or writing as if I’m taking furious notes, while putting together grocery lists, bad limericks, and drawing animals based on my childhood Ed Emberley training. I have not, however, learned to avoid the snort-awake. But I’m good at it – meetings, yoga classes, airplanes. Any place where there is a slight chance I might doze off. They don’t call it the relaxation pose for nothing.

Pushing back against the minor indignities and inconveniences of life likely takes more effort than the initial grievance. But that’s what they’re counting on. That we just give up and before we know it, we’re walking balls of aggravation, carrying our hostilities out in public, hunched over by the weight of it all.

There’s something to be said for picking your battles – maybe not every single one, but a few here and there to suggest you still have a pulse and haven’t been assimilated into the machine. There are bigger battles to fight, huge social and political issues that might award some integrity points, but sometimes you like to have a fight you can win. Snoozing during meetings, stalking publications, and making crime profitable – these are things I can do all on my own.

20 thoughts on “My Ineffectual War Against Incompetency, Bureaucracy, and Crime”