Posted on September 26, 2018 by Michelle at The Green Study

How to Radicalize a Moderate Woman

I don’t write much about my feminist views or experiences as a woman. There are plenty of tales to be told and women are telling them. My experiences have been mild by comparison, so I’ve chosen to do what many people need to do – listen. That a second man with dubious character will be appointed to the Supreme Court in my voting lifetime angers me, though. The world moves forward without us, as old corrosive men dig their peckers in to hold progress back and keep their avarice and entitlement unchecked. What happens when power is not a reflection of the people’s will?

The consequences for speaking up and reporting sexual crimes are so extreme and the incidents of false reporting are so low, that as a human being, I believe the women who are speaking. It’s not bias – it’s common sense. I also believe the men who have come forward to say that Catholic priests abused them. Because I believe power and money and secrecy corrupts.

These days I feel a slow-burning rage. Yes, it’s all well and good to settle down, to not be so reactive to every political pronouncement said by people well past their sell-by date. And that date has less to do with age than mental acuity, some level of self-awareness, some level of empathy for other humans. Their neural pathways are as hardened as their arteries – they don’t know how to think or be any other way. I try to imagine what is going on in some of these people’s heads. They must be so completely insulated from the consequences of their actions that they just do whatever the hell they want – whatever their little club wants them to do. Useless peckers.

What do you do with this rage? At this point, I need to shut off the news. The Republicans are determined to put this man on the Supreme Court, no matter what anyone says. It is likely he will be appointed. I have no say in the matter. I already saw the Anita Hill hearings. I don’t need to see another one of those creepy circuses.

I’m voting and encouraging others to vote. I wrote 150 postcards on behalf of the ACLU to latent voters. I joined and actively serve in my local chapter of the League of Women Voters, a nonpartisan organization focused on voting rights. I’ve donated to the NAACP, the ACLU, the Sierra Club, the Center for Reproductive Rights, the Coalition to Stop Gun Violence. I’ve written, called, and emailed my representatives and those outside my state. I’ve taught my daughter critical thinking skills and about her rights and expectations as a human being. I have done what any citizen can do within the confines of the law.

Despite all this, I have a sinking feeling. Congress was too busy worrying about somebody’s pecker business to pass any legislation to protect our elections. They were too busy protecting another white guy to take care of the business of our nation. The contempt I feel for them is corrosive. Whatever respect I felt for their offices, their roles has evaporated. Civility, respect, courage, ethics, morals – these things are mocked on a daily basis by people who call themselves patriots and “real” Americans.

I’ve always tried to be thoughtful, think critically, not allow my anger or my self-righteousness to get the best of me. But that is the luxury of a bystander. And the time for that has passed.

Where I was once lackadaisical, I am fierce.

Where I shrugged my shoulders, I now set my chin.

Where I was generous, I set boundaries.

Where once politeness seemed imperative, integrity takes its place.

Where I laughed a little in discomfort, I now roar in dismay.

Where I was embarrassed by tenderness, I steel myself in intentional kindness.

Where I showed up to help, I now grab the reins.

Where once I pursed my lips at your unkindness, I now teach you.

Where I tolerated your gaze and judgment, I now see you are wantin 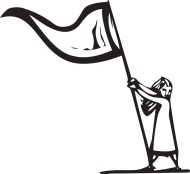 Where I stood along the sidelines, I now stand up front.

Where I stayed silent, I now speak up.

Where once I stepped back to be measured in my thoughts, I now understand that all sides do not merit equal time.

You thought you could rely on my manners, my gentility, my introversion, my comfort level, your ideas of obsequious femininity.

That you could keep doing what you were doing and I would stay where I had stayed.

But I have seen the future in the eyes of my daughter. And it cannot be you.

← I Need a Decon Shower: A Week on Twitter
Fearless Friday: When Power Fails, Rise Up →

26 Comments on “How to Radicalize a Moderate Woman”