Posted on January 2, 2019 by Michelle at The Green Study

I’m starting my third day on a focused work schedule, working on short stories and editing. Yesterday day was novel day and the day before I composed and scheduled my blog posts for the week ahead, as well as, and I blush as I write this, prepped a slate of Tweets for Twitter. That’s right – I have to write and edit them in advance – the equivalent of rehearsing a speech in the mirror. I tell myself that I’ll only have to do this until I get better at it, but I suspect the short, quippy, fleeting nature of Twitter is just not in my wheelhouse. I like full sentences. I hate emoticons. I refuse to put the app on my phone. I think about quitting it every time I use it. 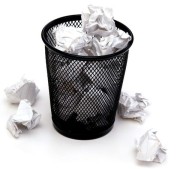 This is not the post I had planned on posting. Inspired by the work of Rebecca Solnit on journalism, Dani Shapiro on personal truths, and an essay by Lu Hsun called “This Too Is Life”, I saw the threads of a post emerging about the responsibility of the storyteller. It was very high-minded and thought-provoking, with obscure references and some cutesy self-denigration, just so I wouldn’t seem like a literary snob.

So all those voices in my head were competing on the page. I had three, four, then five paragraphs. And it was a clunker. I was my high school writer self – all thoughts and finger-wagging and terrible structure. The output of trying too hard always looks like I’m trying too hard. There’s some authenticity in that, but no reason to impose it on a reader. You’re welcome.

Part of the paralysis and bad writing is borne out of my decision to be a “working writer”. Nothing is more damning than approaching the blank page with the weight of 51 years of rootless potential and desperate ambition. I keep missing the lesson that the things that I try least at seem to render the most reward. I put my nose back to the grindstone, flailing about with the most awkward and tiring efforts.

This is, in essence, the story of my life. I will work my ass off with little to no reward but that of having done the thing. Some days, it’s just not enough. But yay, I persist. When I was in high school, I ran track. I was slow. Very slow. So they put me in the 3200 meter run. You would score points for the team if you just finished, regardless of speed. For my senior year at the track awards banquet, I got the award for Best Effort. That’s going on my tombstone.

I’m reading Angela Ducksworth’s Grit with a degree of irritation that comes when someone tells you something you’ve already rationalized for yourself. Yes, persistence and perseverance can win out over talent. But it can also be damned exhausting and demoralizing. I know I will always try, but maybe I wonder if need to dial it back a bit. I’m one of those people who’s always being told to relax. I respond to this in a laid-back and chill manner – bite me.

It occurs to me that if you put too much effort in, too much pressure on yourself, you’re bound to overshoot the mark. This would appear to have the same outcome as not trying at all, but I know there is a difference. Plotting and planning and working at my writing in any sort of methodical way is difficult right now. I’m too used to being a mood writer and I may as well plan on missing the mark for awhile. Discomfort is necessary for growth. 2019 is likely to be the most uncomfortable year ever.

← Blogging in the New Year
Acts of Reader Gratitude →

19 Comments on “Trying Too Hard”