I’m writing this in a coffee shop. It might not have been the best day to attempt writing in a public space. I knew that my senses were on an acute bender when I went to the Y to get a workout this morning.

I was overwhelmed by the musty smell that concrete buildings sometimes have on a rainy day. Then I had to switch treadmills because the manual button to change speeds (for interval running) wasn’t responsive enough. Then I noticed the seam of my sock was off and I could feel it with every foot strike. In front of me was the flapping, fleshy face of the president popping up on the nonstop TV screens. My treadmill started making a clickclickclick sound as I increased speed. The woman next to me was wearing some sort of musky perfume that made my stomach uneasy. Sensory overload.

There is, I suppose, a diagnosis that would roll up all my sensitivities into a nice neat package that could be ameloriated/dulled/cured by drugs/meditation/emotional eating. That I’m oversensitive to most drugs is not ironic – just a fact. When I got put under for an endoscopic invasion a few weeks ago, I awoke irritably to two women hollering in my face and shaking me to wake up. I did not want my nap, which was a

bout seven years overdue, interrupted. This caused some concern on their part. I want to yell “See, I told you!” in response to people who have suggested medication might not be a bad thing for me. They’ve also apparently never heard me wax on about how much I enjoyed Percocet – a brief time in my medical history when I loved everyone and everything right up to the moment the prescription ran out.

Acute senses are sometimes a curse. My family thinks so. Life would be slightly better for them if I didn’t enter every room with “What’s that smell?” People would appreciate it, too, if I remembered them by their names instead of their quirks, smells, lisps, twitches. I do my best not to call them by their idiosyncrasies. Because calling someone one-who-picks-at-their-teeth or the-guy-who-smells-of-mothballs is apparently bad form. This heightened awareness and observation isn’t just irritants. It’s lovely eye crinkles that deepen a laugh or smile. It’s the smell of lilacs floating across a yard. It’s the house not blowing up next to us, because I alert the gas company (true story). It’s also likely what makes me a better writer than I would otherwise be. 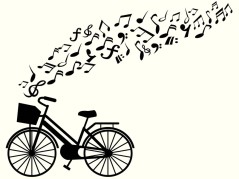 Perhaps I’m at the point in life where rationalization seems a whole lot easier than making a change. I can smell leaves burning a mile away, while simultaneously noticing there are two different species of birds calling back and forth, and that the man going by on his bike, playing “A Mighty Fortress is Our God” out of little speaker, is on his third pass (I ain’t converting, old man). I’ve finally rationalized that it is a gift, although there are days when I wonder how I function. But I do and I live on to write about the things that flood my brain. 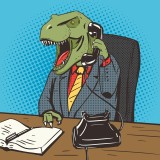 The media is framing the 2020 election already. Dinosaurs duking it out (and yes, the President is a Tyrannosaurus Rex. Come on, with those hands, it’s too easy). Biden is a Gallimimus (a dinosaur generically known as a “chicken mimic”). Initially I thought that the only thing that would make the race more exciting would be betting pools on who croaked first. But that wouldn’t be exciting. The runner-ups to the Shitty American contest would be Pence and Sanders. You’d have to go two teams deep to find an unfossilized politician with a slightly original idea who wasn’t handsy or repressed or spitting on himself when he spoke. This is going to be another long year/decade.

I’m all for authenticity and honesty. To a point. Lately I’ve seen conversations floating about the internet regarding how people wash in the shower. This is where I slam my laptop shut in disgust. For two reasons: 1) How you wash in the shower is not any of my damned business. 2) See number one. Most of the time people start these public conversations so they can feel some sense of superiority, goad others into defending themselves, or gain views for exaggerating minutiae into contagious attention. There are things worth talking about because they cause people shame or pain and being brought into the light of day serves to free them. Whether you wash your bits and pieces in a certain order or with a washcloth or loofah is not interesting or elucidating. It does say something about the person who starts that public conversation. I don’t know what, but I’m sure they’ll tell us.

It’s Not Joyce or David Foster Wallace, But Close

I’ll fess up. I’m reading that damned Mueller Report. There are several factors complicating my reading sessions. It’s boring, I’m not a lawyer, and it is not going to change my mind about the current occupant in the White House. Still, I trudge on because neither a sycophantic Attorney General nor a befuddled media are going to “spin” it for me. I’ll see for myself what’s what – and still not know much more than I did before reading this Asshole Odyssey.

P.S. – Remember a while back when I wrote that post about not swearing? Yeah, it didn’t quite take.

I am persistent, but not great at most things in my life. This applies to writing, gardening, running, sleeping (not the no-brainer it used to be). I resist giving up in the face of imperfection. My garden is a rambling, disorganized experiment. I spend hours there, filthy from head to toe, and it still looks like the owners have been on vacation. For months. It’s right in our front yard, where everyone can see, including the man who keeps biking by and yelling at me that I need to mulch. Surprisingly, this is not the same man who bikes by playing hymns down our street. I do live in an interesting neighborhood.

It occurred to me how important it is to love something you’re bad at. I love to run, but I’m not good at it. My face stays red for hours after. I look as graceful as a gazelle if a gazelle were 30 pounds overweight, had knock knees, and clutched its chest every half mile or so. Still, I do it, because it gives me a bizarre kind of joy. And bizarre joy is so much better than regular joy, because it’s all yours and completely inexplicable to others.

Have a Joyful Week!

22 thoughts on “This is My Brain Not on Drugs”