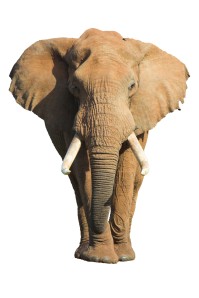 When a long time reader and commenter un-followed me and started deleting my comments when I would comment on their blog, I’d like to say that I shrugged it off and moved on. I haven’t yet. It’s the boyfriend who never called back, the essay that didn’t get picked, the participation ribbon when I believed I would place, it’s the song I warbled horribly through in front of a crowd, it’s the polite applause I got for improv that I thought was hysterically funny, it’s the promotion I didn’t get. It’s deliberate rejection done as passive-aggressively as possible.

Most readers of this blog have a pretty good idea of my schtick. I’m middle-aged, suburban, a parent with ambivalent religiosity and penchant for occasional foul language. I rarely inspire controversy. I comment politely or in kind on people’s blogs. I respond to comments on my blog the same way. Maybe I’ve got it all wrong. Maybe I’m supposed to be self-doubting and unsure and timid. Maybe I’m not as polite as I imagine. Maybe I should just sit down and shut up.

I’ve gone through the thinking that happens when someone un-follows. There’s so many reasons that make sense to me – they thought I was one kind of writer until the next post when I wasn’t. This is the drawback of writing about anything that occurs to me, as opposed to finding a focus. Or their reader or email notifications have just overwhelmed them and they need to draw the list down. Or they just followed me, so I would follow them and when I didn’t get around to it, went off for more guerrilla following. I get it and I’ve learned not to take it personally.

This time, though, it feels personal. When you’ve interacted with someone over many months, both in comments on their blog and their comments on yours, you think you know a little about them and they you. And it’s weird, too, since I’m not sure what I’ve done to cause offense. This blogger does not want me to exist in their universe now and wow, it hurts my feelings. Is it okay to say that or does it make me too sensitive or wrapped up in the blogging world? I’m not sure. I haven’t dealt with this before, so I haven’t developed a reasonable perspective that doesn’t make me feel just a little crappy about myself.

Admittedly, I’ve hit a low point with blogging and writing in general, so this is just a little “kick me when I’m down” incident. I’ll get over it and move on, but this is, unfortunately, how I started my day and it will weigh on me a bit until I rally my spirits and hit my writing stride. There is always the writing…and a reminder to myself that one person doesn’t negate the great deal of pleasure I’ve gotten from blogging and getting to know so many lovely readers and bloggers. I just need to shake it off, but it’s raw and I’m sitting with it for the moment.

Administrative Note: The Green Study “Worst Job I’ve Ever Had” Contest is coming to life with some very funny/ horrific entries! You have until Sunday, March 3rd 2013, 12:00 pm (US Standard Central Time) to get your entry submitted.

68 thoughts on “The Elephant in the Study: Blogger’s Angst”