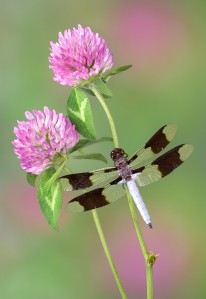 Extreme weather and the loss of natural habitat have made my garden a little lonelier this year. No butterflies. I’ve seen a couple of Cabbage Whites, but usually I see Swallowtails (black and yellow), Painted Ladies, Fritillarys, Monarchs, Skippers, Checkerspots, Sulphurs, and Coppers, as well as a pretty good range of moths.

The monarch population has dropped significantly over the last 18 years, with 2012 being the lowest year ever (a 59% drop in one year). The push for biofuels (aggressive large scale farming in the Midwest) and the use of GMO and herbicide tolerant crops has eliminated huge amounts of milkweed, a plant that Monarch larvae feed on exclusively.  The population of Monarchs may rebound, but when the numbers are low, vulnerability to other factors is high. It wouldn’t take much to decimate the population.

It seems we are headed into a zero sum game. People can argue all they want about climate change and farming practices, but all it takes is a little common sense math – the more resources we gobble up, the fewer types of crops we cultivate, the less biodiversity this planet will have.

At times, I feel despairing that any of us will get the message before it’s too late. I’m not sanctimonious on the subject – this is not about them, the other, those people. It’s about me as well – the resources I casually blow through as a human being. The water, food, gas and electricity I’ve grown up with and take for granted. The footprint I leave and the narrower the path my child will have to walk on in the future.

I’ve read about living off the grid, conserving, trying to live smaller and more efficiently. I’ve adopted some of the practices, but I’m still in denial that my mere existence is doing real damage. I’m a suburban consumer – a predator on a planet whose only real defense is natural disasters, pestilence and disease. Predators are useful in natural population control. When there is nothing left to control, they turn on each other.

When people argue and point fingers about conservation, they seem to be in one of several camps:

I tend to bounce between the latter two. Torn between time-consuming tasks of kitchen composting, hanging laundry outside to dry or mixing my own household toxic-free cleaners, I’ll take door number 4 – a nap. I’m being facetious, but there’s a reason things are called modern conveniences. People didn’t become ungainly, sedentary putty when they had to spend four hours scrubbing clothes on a washboard. When there’s an easier way, it’s human evolutionary nature to take it. Sometimes we have to push back against our own nature and work a little harder.

The dragonflies are here. Not in tremendous numbers, but enough to notice. They are super predators, effective and efficient, with bottomless appetites. They catch 95% of the prey they pursue. We like them in Minnesota and Canada, because they eat mosquitoes and the aerial shows at dusk are amazing. They also eat beetles, ants, bees, sometimes butterflies and on occasion, other dragonflies.

Dragonflies are marvelous and slightly creepy. In a lot of ways, they’re like humans – adaptable and voracious. Unlike us, though, they are preyed upon by other predators, such as birds and spiders, as well as humans, who gobble up the natural habitat needed for the dragonfly larvae. Survival instinct dictates that we’d always choose to be the dragonfly over the butterfly or a bee, but a world of predators is not sustainable.

Last summer, I didn’t write blog posts for a couple of months, but I think this year, The Green Study will be gettin’ its green on, figuring out how to take more steps towards leaving a smaller footprint. I’m visiting some wildlife and conservation centers over the next month as part of our family vacation. I’ll share those experiences here, while trying to transform knowledge into action.

Because I’d miss the butterflies.