Posted on October 6, 2013 by Michelle at The Green Study 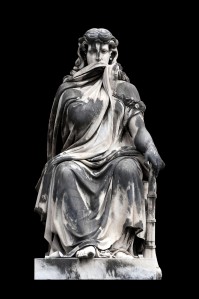 A fog enveloped me in the last week and like most dense, inexplicable fogs, I find my way out of it by writing. Of late, there has been much lauding of the introvert. I have read Susan Cain’s Quiet and while the studies she cited were interesting, the clear agenda was to battle the predominate value of extroversion in our society. I am an introvert who can function as an extrovert when needed. But there is a dark side.

In the last week, I’ve been at events, on phone calls, in meetings and pummeled by emails and texts. Several days in, I began to wonder if I had a brain tumor. Words were getting stuck in a loop in my head. People’s agendas seemed crystal clear beneath their rhetoric and I went into sensory overload. My brain declared a partial shutdown.

In science fiction shows, when someone gains the ability to read minds, they are bombarded by the cacophony of voices – so many people with contradictory thoughts and agendas. I am not a mind reader, but like most humans, I have the capacity to read body language, hear voice inflection and understand verbal cues.

Whenever we talk to someone, there are a thousand little nuances that our brain is taking in, without really noticing. It’s an assimilated part of the conversation. When that starts to unravel, my brain notices the strands. Nuances become separate channels of information and I feel bombarded. It takes all of my energy to focus, to listen and to not turn and walk away while the other person is mid-sentence. Sometimes I just stare while they talk, turning over a word or phrase in my mind that they said 10 minutes ago.

Unfortunately, I always come to this realization when it’s too late. I become short-tempered with the people I care about because I’ve been drained of energy by social engagement. I begin to feel like a ball of walking rage, where every interaction feels like I’m being imposed upon. Every conversational exchange, in person or via the many electronic means, requires effort, thought and focus.

Since the partial government shutdown, the rhetoric has become so intense and nonsensical that it causes me paroxysms of swearing and muttering to myself. I keep hoping there is a finite supply of sports and war metaphors, but politicians and pundits keep coming up with more to describe their inaction and playground shenanigans. Like our duly-elected representatives,  I stopped listening.

Emails and voice mails go unanswered. Appointments and meetings are rescheduled. My writing becomes awkwardly introspective, like a teenage girl writing bad poetry (1983 was a very prolific year). When pressed, I’m irritable and abrupt and have no desire to converse. Sometimes I’ll sit in my reading chair, staring morosely out the window, unable to shake the feeling that the world just needs to shut up. Since I’m writing a blog post, I’ve taken my morning coffee with a little irony.

Silence wants nothing from me. I don’t have to respond or react or hold a certain expression on my face. I don’t have to follow up or get back to it or take notes. No actionable items, no content to manage, no concerns about giving the wrong impression, no feelings to hurt, no opinions to enunciate.

Sometimes solitude feels uncomfortable – the quiet being such a contrast to the constant noise of everyday life. All the emotions and thoughts that were summarized and cut short, in order to communicate effectively, bubble up and I wait until they settle in and are absorbed.

Standing on the deck this morning at 5am, I inhaled the autumn silence, crisp and undiluted. It seems such a luxury in our modern age, in the middle of suburbia, to hear nothing. Slowly, the fog begins to dissipate. And I prepare to engage with the world again.

Wishing you a few restorative moments of silence

before your week begins!

← An Audience of Editors
Being Wanda Q →