Inside Out: Coming to America

Yesterday was a perfect day in my neighborhood. The sun was out. Pasty white Minnesotans emerged from their Netflix caves after months of winter. Immediately some started their leaf blowers (which I posit is the worst invention ever). I went to the park with my daughter and one of her besties. They played basketball, as I sat at a picnic table and read.

I love my neighborhood more frequently than I hate it. It was built in the late 1950s, tracts of little nondescript ranch houses. We add shutters and paint different colors but in the low light of a late sunset and a few beers under our belts, we’d be easily confused. It’s a working class neighborhood near schools and apartment buildings and a grocery store. We can walk 15 minutes to anywhere we need to go.

I’ve been here about 16 years and have watched the young couples move in and out as their families expanded. The retirees move a little slower. Some have gone to nursing homes. The demographics have changed from the homogeneity of Germanic and Scandinavian residents to a more diverse neighborhood with families of color. 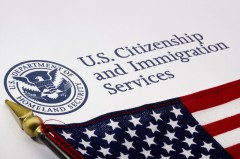 When I hear all the angry conversation about immigrants, I don’t understand it. I love being in a metro area for the richness of its diversity. My daughter’s friend is from Kenya. This is a family that completely transplanted itself into a bizarre culture, with its Minnesota niceness and subtle and not-so-subtle bigotries. With its climate so opposite from theirs. With its language so difficult and complex to learn. That they chose to uproot their lives and come here is amazing.

At the park, a Hispanic mother followed her toddler son as he rambled happily across the lawn, while his father chatted with neighbors. The little boy unsteadily walked over to the picnic table where I sat and stared with big, beautiful dark eyes. His mother smiled shyly at me as I rolled a basketball to him. He laughed with delight and was off, carrying a ball twice the size of his head.

I don’t think she spoke English and I’m not yet confident enough with Spanish. Smiles did our communicating. I think about their lives here and why they gravitate to communities that reflect their own cultures and experiences. It must seem overwhelming and isolating at times. My fellow Americans curse and spit about why “they” don’t do this or that, when many Americans are barely literate and do nothing to pursue self-improvement.

There is something about the immigrants whom I have met in my life. The inherent optimism of moving someplace foreign – a belief that a better life is possible and that they have some say in that. From the antics of some Americans, it is quite apparent that they have no such belief. They believe in a savior with a comb-over, that a boastful ingrate will lift them out of their shitty lives and save the country.

It’s amazing that anyone believes a politician will improve their lives. Politicians do very little that isn’t badgered out of them by polls or bought and paid for by donors or brought on by bad publicity thanks to activists. Individual choices and protests still impact our country, are still part of the algorithm of the elusive and mythological American Dream. There’s no point in waiting for a mouthpiece to do the work for you.

Now, I’m a bleeding heart liberal, there’s no doubt about that. But I also served my country, worked my ass off, came out of poverty into a middle class existence. I believe in the power of hard work and education and ethical living. My street cred as a hardworking American has been established by every hard knock, graveyard shift and paid tax.

As a resident of planet earth, though, I believe in compassion and kindness and seeking to understand. My experience in this country, as a first generation American, was helped by the color of my skin and my language skills and happenstance of birth. While I’ve experienced sexism in the military and various workplaces, I’ve always assumed the individual was some sort of stupid I couldn’t fix and got on with things.

Last week, I attended a lecture by presidential biographer, Jon Meacham. It was an interesting, if not somewhat sanitized, conversation about the impact of some presidents on the country. What I was struck by, though, is that Jon Meacham is two years younger than I. He’s an executive editor at Random House. He has numerous biographies, including one that won a Pulitzer Prize. I felt momentary envy. Huh, so that’s what a successful career track looks like.

Still, it made me think about how much control I actually do have over my own life. I made very specific choices, some of them good, some of them terrible, that got me here today. Despite the times when I struggled, when I had no health insurance, when I turned in pop cans for grocery money, I never assumed that the state of things was anyone’s fault or responsibility other than my own. Sure, there’s all kinds of systemic flaws that can really mess up a linear rise in circumstances, but for most white Americans, it’s on us. Yet we still seek to blame.

The minute I rise in defense or even in curiosity of immigrants’ lives, some dipstick will share anecdotal evidence of people gaming the system or laziness or criminality. I can double down with stories of Americans I’ve met who game the system, are lazy or are criminals. Hell, I’m related to some of them. 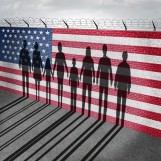 At this point in my life, I do have a tendency to romanticize lives of people outside my purview. I recognize this and remind myself that people from other countries likely have the same percentage of shitheads that we do in the U.S. But these days, some of our citizens seem the more immediate danger.

Resources about the immigrant and refugee experience in the US:

10 Essential Films about the Immigrant Experience

69 Comments on “Inside Out: Coming to America”