Perhaps I’ve learned to cope too well with depression, that it has become this natural place within which I can comfortably reside. I felt the descent last week and knew where I was going without a navigation system. The Bird Box of emotions. Unlike the idiot children who have attempted to drive blindfolded as a challenge, I have learned to feel my way through without, potentially, doing damage to others. I know what I need. Solitude, some good books, sleep, and a to-do list that can wait. I need to roll in some bubble wrap, stick myself in a dark corner, and commune with the latent voices of words on a page. 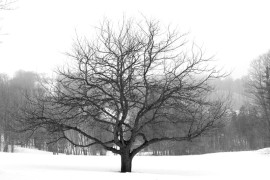 It is likely no coincidence that as the temperatures fall below zero in the middle of a Minnesota winter, the gray skies serve as a tipping point. The furnace runs nonstop like the recitation of personal failures that tugs me into a downward spiral. Being older and marginally wiser has helped me read the signposts, rally the troops, and downshift to self-care. This is, I suppose, the luxury of my life – it is now slow enough to sense the slightest change in mental breeze and to respond accordingly. I no longer have to hit bottom to take action, which is rather surprising to this procrastinator.

Admittedly there are still lessons to learn. One must not be on Twitter if one is depressed. I need to embroider that on a pillow somewhere. It should be said I spend most of my time on Twitter blocking people or reporting them…and then blocking them. They’re not even remotely near my timeline. I just see their comments on other people’s posts and do it, in the hopes that someday, the comments will be filled with erudite, complex thinkers with impulse control. Who’s the idiot now?

I finished reading a book and started another over the last few days. I read R.O. Kwon’s debut novel The Incendiaries. It was an odd read in some ways. So many of the newer writers have a staccato style of writing and I wonder if that isn’t a reflection of our Tweeting/texting culture. Still, the story was compellingly told and like most good novels, I finished it feeling rather unsettled – it will stick with me for a long time. This morning, I spent several hours reading Don DeLillo’s White Noise. I’d never read any of his work (it was on the should list), but found myself silently grinning at his wry observations.

That’s a sign that the slump is ending – the ability to find pleasure has come back. I will have to crawl out of my hole, reconnect with others, get myself back on track. Part of me wishes to stay a little longer, out of sight, unconcerned with social expectations, but I have work to do. Work that does, in the end, contribute to my sense of well-being. Back to editing novels, back to volunteering, back to my writing group, back to striving and struggling to be better at the things that matter to me.

In my earlier years, I would likely have benefited from medication. Perhaps I would have been less self-destructive and less difficult to deal with in relationships. I just didn’t have the knowledge or understanding and life from 20-40 goes at a much faster clip. I never knew I was depressed until I’d blown up a relationship, had a confrontation at work, or drank/eaten/smoked myself senseless. Even then, I had to focus on picking up the pieces – mending or grieving the relationship, working twice as hard at my job, berating myself for binging. The cycle I could never see because I was drowning in it.

The thing that often strikes me about a well-written novel is the eventuality of the characters. The novelist builds, word-by-word, to the outcomes of the characters’ lives. If they’ve done it well, you nod your head knowingly when the character abandons their life, kills 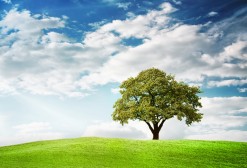 someone, joins a cult – does something extreme or awful. You see the choices they made or how they reacted to the events in their lives, bit by bit, one word after the other.

If I think of my life like a novel, there are so many points where I turned one way instead of the other. My story does not build to a dramatic climax and then ebb back out to sea. I’ve learned to build up to a plateau. It’s neither exciting nor riveting, but it is a safe place – a plateau where I hang about, memorizing the landscape, so I can find my way back the next time.

27 thoughts on “The Happy Depressed Place”