I spent the last couple of weekends on the shore of Lake Superior, taking advantage of dropping off and picking up the kid at camp to get mini-vacations in. We’re not having a vacation this year – too many medical appointments and catastrophes keeping us busy at home. So we take a night here or there, even splurging on a hotel room with a balcony view of the lake. It didn’t go as planned – these moments never do. The trick, I’ve discovered, is to find those moments in between all the disrupted plans.

As usual, I popped awake at 4 a.m. I made my coffee, grabbed a blanket, and went out onto the balcony. Orion was hanging low in the sky over Lake Superior and a full celestial buffet of stars stretched out beyond the harbor lights. On the ground, two floors below, there were rabbits. At one point, I counted about a dozen of them. It was an odd thing. The grass along the lake walk trail was stubbly and mowed short. But the rabbits seemed quite content to hop between patches of grass. A few even explored the rocks on the shore. Seeing an eastern cottontail standing on a large rock near the lake was sort of funny. I wonder what it thought of the expanse of water.

The night before, I sat, like a creepy spectator, watching people traverse the shore. Humanity observed. A gaggle of teenage girls gathered under a light and took turns taking pictures of each other. Boys clambered atop rocks while their friends took pictures and egged them on. Earlier in the day, a group of young women were snapping selfies at the end of the canal pier, leaning up and considering climbing up on the concrete wall to get a good shot. I hustled my family away, muttering I’m not diving in if one of these dumbasses falls off the pier.

I try to resist the old lady in me that simply can’t comprehend the picture-taking craze. From an anthropological standpoint, I suppose it’s the modern “Kilroy was here” – trying to establish our presence, our significance in a universe where we’re proportionally as important as specks of dust. People say it’s all about likes and views, but what are those, except attempts to feel like we matter in a world that is largely ignorant of our existence? 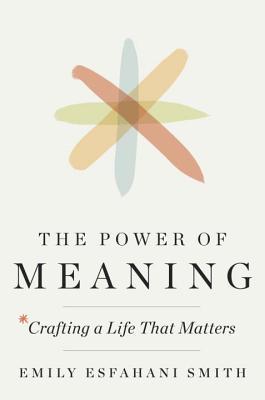 I’ve been reading Emily Esfahani Smith’s The Power of Meaning: Crafting a Life That Matters. The nihilist in me scoffs – well, no matter what we do, it doesn’t really matter, does it? But I’ve taken the author’s point that if we’re here, our lives only have the meaning with which we imbue them. This is the whole purpose of religion, social media, and storytelling – to have rudders in this tumultuous pond we call life. But if the stories we create about our lives, be it through words or pictures, take on more weight than curiosity about life beyond our personal selves, then we are living a life based on finding bandages for our insecurities.

As a person who sees the world in words and tends not to find meaning in visual representations, it’s hard not to judge someone who pops out their phone camera at the drop of a hat. But my curiosity demands that I work through my judgments, that I try to figure out why someone does something. There are times when the selfie-taking is disruptive (concerts) or dangerous (on the wall at the end of pier) or disrespectful (Auschwitz). Mostly though, it is uninteresting, poorly framed human distraction. An imitation of life.

But then, I’m a writer. What is writing but an imitation of life? What is it but a desire to feel relevant, find meaning, craft my own story? What is the difference between this essay and a selfie? Not much, except in this essay, I’m much younger and thinner.

31 thoughts on “The Curious Case of the Selfie”