Deliberate intentions informed my decision to take a week long break from writing and blogging. I was to be here again, well-rested, calm as a Buddhist nun, organized to within an inch of my life. Alas, it is not to be. My mojo may still be missing – my inspiration as arid and barren as a river basin during drought season, despite the fact that it’s gray and wet and cold outside. 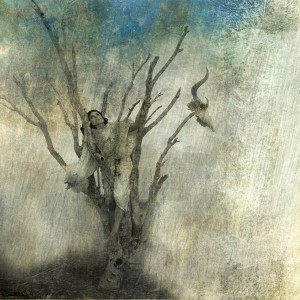 Life happened as usual this week, but I let my mind drift. I didn’t hold on as tightly to the to do lists and the shoulds. Physically, it was challenging returning to a workout routine after being hijacked by the flu and the holidays. Weight training left me a walking bruise, taekwondo reminded me once again that I am not necessarily ninja material and running – just an exercise in masochism. But I did it, I’m back into training.

The sheer physicality of my activities should have left my mind a free and fertile creature running wild. Instead, I was anxious. I cried a little. I was grumpy and snappy and wanted to be alone. I completely unraveled. One of the side effects of stopping, of resting, of caring just a little less, is that everything you’ve held off dealing with comes crashing in unexpectedly.

I had a weird anxiety attack the first day I took my daughter to school after her break – more delayed reaction to the Newtown murders. I felt unexpected sadness over my family of origin’s estranged relationships, which usually hits me during the holidays. I cooked and baked and read books – all nourishing activities in their own right. But I was restless, unnerved by my inability to sleep through the night.

I barely read the news, hearing only in passing about crazed gun lobbyists and JAVA vulnerabilities. I stared off into the distance when people talked to me. So much chatter, so much noise, so little actually being communicated. I had bite-sized conversations with friends which made me realize that winter malaise, which I could usually hold off until mid-February, had decided to visit earlier this year.

Everyone I talked to was suffering or recovering from the flu. Many people are depressed, despite the fact that the days are getting longer and at some point, we’ll see the light of day beyond 5pm. Everything feels off, lacking purpose and synchronicity.

This strange unraveling is important and necessary, but unnerving. I have stayed in motion, on task, focused, and disciplined for so long, that I ran roughshod over many thoughts and moments of rest. It’s hard to switch gears without dealing with those thoughts and moments. And I’m in the midst of it still. I’ve had some moments of clarity and I imagine this unsettled feeling will resolve, if I give it time and let it be.

One realization emerged from this last week. I took a break from the wrong damned things. I love writing and blogging – it’s the high point of many days for me. It puts order and structure and meaning to my life. What I should have given up was laundry and dishes and driving about endlessly on errands. Instead, I made the jackass decision to stop writing.

I assumed that I was drained and tired and lacking in inspiration because I was writing and thinking too much out loud. I thought if I were just quiet, I would refuel and breathe more life into my writing. It was a faulty premise and has, in this last week, been soundly disproved. Writing is my mojo, my personal power, my way of seeing and making sense of the world around me.

Next break, I’m wearing dirty clothes and eating take out and running out of milk. It’s good to be back, baby.

56 thoughts on “The Strange Unraveling: Getting My Mojo Back”