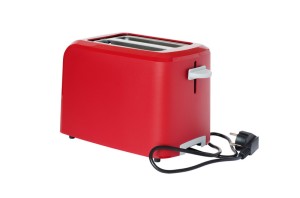 My mother-in-law likes to tell me how my husband tore apart household appliances as a kid, just to see how they worked. I suspect she’s still bitter about a toaster or two. Now an electrical engineer working as a programmer, he continues to take things apart to figure out what’s broken. His great skill is in coming up with non-linear solutions, which is sometimes delightful, other times irritating, if you have any aesthetic sensibilities at all. Nothing ever looks the same again. But it works.

There is a level of fearlessness required to take things apart. I’m often bound by a fear that I will break something while trying to fix it and it will never be useful again.

For the last year, I’ve been struggling to reshape my life, to give it a makeover that reflects my intentions. I made some big moves, like cutting back on volunteering and moving to a vegan diet.  I made some smaller changes, like working out less intensely and working a little harder at managing my time, trying to bring more focus to writing and attention to the moments with my family.

Despite a little progress, everything has started to go to hell in a million different ways. Fear has been seeping out everywhere. I feel such a high level of anxiety running like a fetid sewer under everything I’m doing these days.

As we waited for the train to go on vacation a couple of weeks ago, I realized that I’d left all my identification and credit cards in the photocopier at home. My lifelong habit of photocopying everything in my wallet before I go on vacation, in case of loss or theft finally bit me in the ass. We were fortunate to have our tickets.

I sat on the train, wondering aloud if I’d had some sort of stroke. I am that person – the one who organizes, schedules, packs, plans. Lists are my bailiwick. What was happening? Why this sudden spate of forgetfulness and imbalance over the last few weeks? Structure, schedule, lists, goals. Always do the unpleasant, must-do tasks first. Life would be manageable if only everything were clean and put away.

I’ve been getting lost a lot while driving, trying to get to my kid’s soccer games at fields all over the Twin Cities, swearing in frustration. We discovered later that our car navigation system had reset to a default of western states (we’re in the Midwest). It mollified my pride a bit, but nothing takes away that bitter, helpless feeling of being lost, while so close to one’s destination.

This last week I dropped a jar of barbecue sauce which hit one of my pinky toes, now blackened and I suspect, broken. It has found kinship with the toes next to it, still recovering from running stress fractures. I’ve named it Quasimodo. And the joy of eating summer cherries was brought up short when I broke out in hives all over my face, neck and arms. The last time I got hives was the night before my wedding 15 years ago.

Taking my mother-in-law to see a dying friend, I blew a fuse when she told me for the fortieth time that it didn’t look like the right house and asked me if I knew where I was going. It was and I did, but my mother-in-law has dementia. What kind of jerk yells “Well, it’s a good thing you’re not driving!” at someone with a cognitive impairment going to see a friend in hospice care? I felt marginally better when I saw the satisfied look on her face. Now we’re family.

I turn 48 in a couple of months and unlike most birthdays, this seems significant to me. Somewhere in all my late bloomer rationalizations, I really thought I’d have my shit together by now. And I really don’t think I do.

Some friends joke about middle-aged brain. But I think things, namely me, are just falling apart. And despite my fears of being in some sort of menopausal decline, I suspect that breaking things and falling apart and generally being in a chaotic state are part of a bigger process.

I remember that old Army saying about how they’d break us down to build us up. It was a euphemism for we’ll turn you into a bunch of chain-smoking binge drinkers who will follow orders because you’re too damned tired and hungover to do anything else. Maybe that was just me.

There is something to be said for everything going to hell. We cling to our habits and processes like security blankets, until those soft, comforting blankets become concrete prison walls, beyond which we seem incapable of moving. Sometimes things just have to break so that there is room for new ideas and perspective to work their way into our lives.

Things haven’t been working for me. My goals are often diametrically opposed to my habits, leaving me frustrated and depressed. My constant striving for perfectionism eats away at my resolve. I am disciplined and structured until I make a mistake and then I go completely off the rails. I binge-live.

So if my posts seem more like diary entries these days, it’s because everything is raw. I don’t have the energy to fine tune things with wisdom and perspective. It feels as if I’m a disassembled mess, bits and pieces strewn about on a workbench. I only hope that when I get myself back together, nothing looks the same and it works.

36 thoughts on “Some Disassembly Required”