The Green Study’s Positively Happy Nice Story Contest is a great way to win for your local American Red Cross and there’s a mug! The deadline is Monday, October 3rd, 12:00pm. See here for details.

I took the summer off in hopes of refilling my word reservoir and bringing needed engagement back to blogging. In September, I kicked off an annual contest, dipped my toes into politics, attached my face to the blog, freaked myself out by doing an inept podcast, tiptoed around other people’s blogs and flopped around with no direction or sense of purpose. I baited the hook, but nothing in my brain is really taking the bite.

At least once a year, if not more, I have to justify my reasons for blogging. They’ve shifted over the last five years, but this year seems to be tougher than most. Part of the reason is that I’m seeing longtime favorite bloggers close up shop or disappear in the vapors of the ethernet. It begs the question: what do they know that I should be paying attention to? 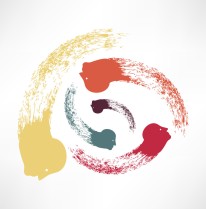 Since it’s an election year, I’ve exhausted myself reading political articles with the accompanying online antics of partisan citizens. My online time has been spent engaging less and being indignant more. I’ve tried to disconnect, but at least once a day, I check The Washington Post and FiveThirtyEight (which feels like playing political roulette). And an angry hour later, I get up in disgust to go rake or do dishes – anything to shake off the sense that we’re about to implode as a nation and that humans are awful.

I made a halfhearted effort to set up Facebook and Twitter accounts, cussing through the entire process and attempting to change settings so that any public contact will be highly unlikely. It all feels like dilution of my soul and I have started thinking about the idea that maybe my writing is suffering simply because I am incapable of talking, blogging, twittering and bookfacing so damned much. Maybe our word reservoirs have a limit, especially if one is an introvert.

Anna Quindlen, a Pulitzer-winning writer, suggested the possibility in a lecture I attended last week. She never talks about ongoing work, because she felt, at times, that she only had so many words. I’ve thought about this a lot since. I sometimes conflate social platforms with writing, which is fine, if that kind of writing were my goal. It’s not, but some days it seems it’s the only kind of writing I’m capable of: 700-1000 word personal essays that often feel like me chasing my own tail.

There are successful bloggers who have transformed their blogging into writing careers, but they are few and far between. Some sell compilations of blog posts and make a little money that way. Some sell advice on how to transform blogging into money or job opportunities or social media mega-stardom. And I think, good for them. Not so good for me.

It’s too easy to get confused about purpose and therefore start spinning off in a thousand different directions, as I did last month. I learned what happens when I don’t give the intended impression. I think it was expected that I’d be more bombastic, more entertaining for a podcast interview, but I was just me, moderate in most ways and not interested in flame wars or Twitter beefs. The narrative became disjointed and despite my excitement about trying something new, I ended up feeling deflated.

Writing or speaking publicly means giving up an element of control. You cannot control how you will be presented or interpreted. That’s a problem for someone like me, who has spent a lifetime trying to control my moods, my words, my intentions. I’m as much a wingnut as the next person, I just usually know how to parse myself a little better.

This is all to say that writing a personal essay blog is not a platform from where I launch Michelle 2.0. It doesn’t serve a marketing or branding purpose. There is no gain that is immutable and no loss from which it is impossible to recover. This is a good thing, because traffic measured by those standards means I’m likely to file WordPress bankruptcy at any moment. 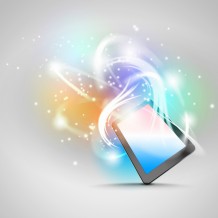 Over the years, in comment exchanges with other bloggers and writers, we talk about purpose and why we continue to blog. Perhaps my blog has simply matured and without mixed media, cross-platform branding, purchasing power or magical blogging pixie dust, this is it. Writing, commenting, and watching other bloggers come and go.

My discouragement at this point is also related to my disappointing lack of growth, as a person and a writer. My blog posts over the years bear witness to the topics I return to over and over again, personal issues that are on a rinse-and-repeat cycle. It’s like reading my teenage diary and realizing I’m still as awkward and insecure as ever – a caterpillar that never fully metamorphosizes.

So the challenge lies before me. What purpose does writing a public journal serve? Is it an obstacle to writing goals offline? Does it dilute writing quality? At this point, the only thing weighing in favor of continued blogging is you. I’ve made connections over the years that I value – writers, photographers, readers, up-and-coming millennials, stay-at-home parents, retirees, humorists, people coping with mental illness, people just coping with life.

I can’t imagine disconnecting from you. Blogging opened up a world for me in years when I worked from home and only had contact with someone who ate crayons and wanted me to sing that dinosaur song again. Now, as I struggle to finish writing a novel, it has kept me from becoming too isolated, churning too much in my own compost. I don’t know if that is reason enough, but it is reason enough for now.

37 thoughts on “Here We Go Again: The Blog Dilemma”