I took an unintended hiatus when I realized that I had nothing to say. I go through periods like this, where writing words fail to comfort and when I’m so tired of my own story, my own patter, that I go dark. It becomes a time of frenetic activity, physical labor, compulsive reading, long walks where all I hear is my breathing and the sounds of furtive nature. It is a time to refill the reservoir, to get out of my own brain, to seek solace in the words of others, to feel my muscles contract and expand, to roll up my sleeves, and wipe away the sweat.

I’ve spent a lot of time just standing in my garden, watching butterflies and frantic bees. We’re experiencing the largest migration of Painted Lady butterflies in 30 years. It’s the time of year to start cutting and clearing and preparing for the winter, but warm temperatures have offered a reprieve to all those creatures with long to-do lists: gathering stores of food, laying eggs for the spring, building overwinter shelters, making the long trip south.

Humans have their own to-do lists: cleaning gutters, clearing gardens, trimming trees. In addition to all of that, I think about what will get me through the long six months of winter. These days, the Twin Cities hasn’t really had a severe winter in a few years. And the upcoming one is predicted to be mild. This bodes well for getting outside more, but there is still a sense that keeping the mind a fertile garden might require a little effort.

So, I’ve signed up to get re-certified in Adult and Pediatric CPR/ First Aid and for a weekly Spanish conversational class. My book piles are high and at the ready. My Y gym membership in good standing and my list of indoor house projects long and unwieldy. It’s not enough to say I’ll get some writing done. I need to feed my brain, grow my skills, move my body, and let in other voices besides those repetitive ones in my head.

In my dreams last night, I was once again a vigilante, interrupting a knife attack. I knew the first step: control the knife hand, but was frozen on the next step. Eye gouge? Kidney punch? Cross sweep? Foot stomp? I woke up thinking I need to train. It’s a funny thing, being a middle-aged unpublished suburban housewife and having a brain wired with longings to be a superhero (while knowing the reality would be awful and violent and demoralizing).

I’ve been having vigilante dreams off-and-on since my early teens. As a child, poverty and domestic violence made me feel powerless. I daydreamed a lot about taking that power back. Those conquering daydreams fed my subconscious and my imagination and eventually, my sleeping hours.

As an adult, I’ve tried to honor those impulses. I joined the Army, I did martial arts training and took self-defense courses. My husband gently mocks me about the fact that I’ve never had a physical confrontation except in generally safe sparring scenarios. Despite this, I’ve heard him brag on occasion that in the case of danger, we would defend him (my daughter also has martial arts training).

Perhaps it’s the fight-or-flight instinct, so lost and beleaguered in modern society, that leads some of us to workout intensely or put ourselves through rigorous physical testing. Part of me has an apocalyptic bent – everything is done in preparation. And perhaps it is worth questioning if all this preparation adds to or detracts from one’s quality of life. Until I figure it out, I keep returning to training.

I’ve been reading erratically, surrounded by piles of books and magazines. At least six books have bookmarks in them. I had to give up reading Jesmyn Ward’s Salvage the Bones. Good writing, a little heavy on metaphors, but the subject was a tough read – a combination of family and natural disaster, dog-fighting, and cringe-worthy sexuality. I recognize that sometimes my need to be comforted outweighs reading for the art of it.

eturn to those voices that resonate with me: James Baldwin, Arundhati Roy, Bertrand Russell, Alfred Adler, Anne Lamott.  I read a rather funny piece by Maria Edgeworth (Anglo-Irish Writer, late 1700s) called “An Essay on the Noble Science of Self-Justification”, inspiring me to write a modern version.  I also have started to read C.E. Morgan’s The Sport of Kings. It’s a work of fiction on a topic I have no interest in (horse racing), but the writing is pure bliss.

I find sometimes, that when I’m in a reading streak, talking seems like a waste of time. I can remember being a child and not wanting to put my book down, only engaging with people because I had to, and returning to the pages as quickly as I could. It’s a joy when you rediscover that feeling as an adult. With so many things that demand one’s attention, it’s a delightful luxury to think Not now, I’m reading. 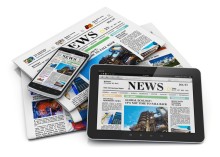 I had a conversation with someone the other day who only gets their news from the television. When we started talking about a political situation, they spent a lot of time saying, oh, I didn’t know that or that or that. Was I any better off for having read The Economist or only getting my news from online curated sources? In the scheme of things, what was the difference between knowing a little or knowing a lot?

Then I thought of a new Suzanne Collins series called The Brain Games. To-the-death trivia games. I’d make it up the bracket a ways, only to be killed off by the photographic memory guy. Information is power, photographic memory guy would say, reminding me that he was paraphrasing Francis Bacon from his 1597 Meditationes Sacrae, shortly before skewering me.

I hope that I can stop flittering about soon and settle down to write coherently. But the sun is out, my garden is full of butterflies, and I have some reading to do.

15 thoughts on “The Last Butterflies of Summer”