My week off from blogging served no particular purpose. While I wrote about reading more and chilling, I also had to hit the road to do a two-state tour of family members I hadn’t seen in years. We visited Iowa and Kansas, which welcomed us with open, sweaty arms and no pretense. It was 102 the day we headed home from the Sunflower State. 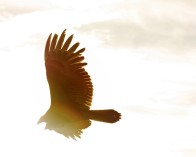 We stayed in a cabin on a lake near Lawrence, Kansas for a few days to avoid a hotel, furtively dashing from car to cabin in an effort not to melt. I did a fair amount of reading and writing and got my butt kicked at cards and Scrabble, but did alright during lightning rounds of Taboo. There were ticks, spiders, and turkey vultures. Everything lovely had hidden to stay cool.

We thought traveling north would give us some relief, but we arrived home in Minnesota, disheveled and sweaty, to 100°F/37°C. So I am home, not with a refreshed perspective, but sticky and irritable.

While I avoided the news more than usual during the week, I received my New York Times updates. Byte-sized reminders of badness. I inwardly groaned, then turned back to reading the latest issue of The Paris Review. I read a long interview of László Krasznahorkai, a Hungarian writer, who talked about his work as a novelist and his experiences working under a Communist regime.

It’s no coincidence that I have a curiosity about artists working in repressive regimes. I think that we are headed for some high times with authoritarians in this country, where the pall of killjoy conservatism will hang over us for years to come.

There was an editorial by Dave Eggers in The New York Times yesterday talking about our White House being devoid of culture – empty of poetry, music, books, art. These are not valued by members of the current administration. Joy only comes in “winning”. To paraphrase one commenter: I’d feel sorry for the man if he weren’t destroying the world.

I can’t imagine living in a world without music, words, and art to inspire, lift my spirits, and inform my humanity. Appreciating art is about empathy – letting in the words, images, and ideas of others. For people like me, who would rather pretend the world isn’t run based on who has money, art seems less grubby, like I don’t need to hide my greed for it. Unlike the current occupant in the White House, I want my world to have windows, not mirrors.

No matter how coarse, cruel, and dull our political life is, art will always matter. Even if stripped of tools, public exposure, and freedom – art has always been the lifeline to the soul of a people. That we are being overrun by soullessness is the irony of the rising power of religious, cash-heavy politics.

There are those who would argue that money, food, health – these are the things that matter and art is secondary. Sure, if you’re dead, you aren’t painting landscapes, writing bad poetry, or fumbling your way through a song. But what’s the point of being alive, if you are soul-impoverished?

I push myself to read and take in culture above my pay grade, while feeling a degree of squeamishness about high-minded snobbery. Growing up poor meant that, with the exception of the public library, much of what is ascribed to culture, was out of reach. It wasn’t until college that I began to branch out, see live performances, go to readings, etc. As I clambered into middle class, had more disposable income, and more access in a metro area, I have taken advantage of the opportunities to see musicals, orchestras, plays, and exhibits. 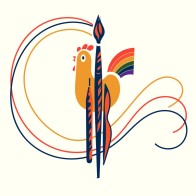 ut art is not just museums, string quartets, and Broadway. If you go into any small town, there are people creating intricate quilts, experimenting with photography, playing with other local musicians. It might just be one weird dude creating sculptures from cow dung, but art is as ubiquitous as our human imaginations.

And it can make a difference.

In Lawrence, Kansas they shot a 1983 film called “The Day After”. Until 2009 was considered the highest rated television film in TV history. It has been described as a cold-hearted, fictional depiction of the aftermath of a nuclear attack. In President Reagan’s autobiography, he wrote that the film was effective and left him greatly depressed. But it changed his mind on nuclear policy and was reflected in the negotiations of a treaty with the Soviet Union years later.

But what if your art isn’t going to change anything on the world stage? What if we’re all plodding along with our bottle cap art, our soggy word missives to the world, our plaintive bloggy bleats? What if the internet is suddenly no longer available to the common person? Or cultural knowledge is limited to what the state wishes us to see, hear, and read?

Do we cease to exist as creators of art? Do we stop imagining a better life, a different life? Do we stop self-entertaining, telling stories, making bee-bop-chicka-boom sounds with whatever we’re banging away at? Hell no. If anything, art becomes more necessary than ever. It becomes resistance to the dull gray repression. It is the color and sound that keeps us human, reminds us of the world beyond suited, greedy men and pious, malevolent women who pull strings to create a world in their image.

While I have not renewed my spirits, I still have fire in the belly to write, to create, to be part of the bulwark against these flat, angry humans who seek to make the world smaller and fear-based. I think we, the poets, writers, musicians, painters, dung sculptors, are going to have to up our game. In the words of Chuck Wendig, we need to art harder. Vote, but create. Resist and protest, but imagine and design and sing and write and dance. It’s on us to keep the world from turning gray.