Hello, Internet. I am an average person who writes about average things. I write about head colds and depression and failed writing attempts. Sometimes I dig deep and write about parenting or the military or I really reach and write about how much I hate social media (yes, Alanis, that is irony). I hear Charlton Heston in my head yelling Internet is people!, but I’ve been disconnected of late, so rather removed from the humanity that apparently resides in my computer. I’m also old-ish, so I can only make obsolete references to old songs and actors that you will have to google (thanks to Dreyer’s English, I’ve been sorted on the whether or not to capitalize neologisms). 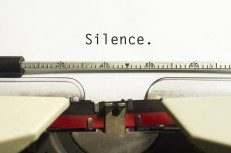 It’s been a couple of weeks since I’ve written. Anything. I have a lot of excuses – I was sick, my daughter’s orchestral season has kept me on the run, I’ve had to make some lifestyle changes to counter encroaching health issues. They’re solid excuses, except that they’re not the reason I haven’t been writing. I simply didn’t want to. I got tired of the sound of my own voice. It turns out that my introversion extends to even myself. Shut up already, self.

I’ve spent a lot of time saying nothing and even more time reading, walking, and doing chores. I’m psyching myself up to get ready for a more dedicated strength training program, as well as pushing through novel edits. And as soon as the #@$% snow melts from our April blizzard, I’ll be getting back to work in my garden. So I return here, to warm up my writing skills and re-connect with the many lovely people who apparently live inside my computer. Nano-people.

I’m in the middle of reading Matt Haig’s Notes on a Nervous Planet. It’s one of those books that tells you what you likely already know, but feels reassuring when someone else says it. After a long winter of anxiety, depression, and sadness, I have found my way out of its shroud. I disconnected from those places on the internet that fueled either depression or rage. I’m limiting my intake of news. I’m focusing on the things that feed me – reading, exercise, being outside, staying in the moment. Listening. Not talking. I still have work to do. Even now, as I write this, I feel a modicum of anxiety. It seems that periods of silence sometimes reset my discomfort in engaging publicly.

I’ve given this blog some thought – the why, when, how of it. It remains, after deleting Twitter and just using Facebook to manage a nonprofit page, my only public voice. Who do I want to be on the internet? How do I add or detract from this space? There is nothing in particular I will change here, except to clarify to myself what I want it to be – a slow, calm place with gentle conversation, some humor, and a chance to counter toxicity with thoughtfulness. It’s not faddish or viral or cutting edge. As much as being a replicated contagion seems to be desirable, I am too much of a tortoise. Slow, steady, unwilling to give much shrift to my knee-jerk reactions. 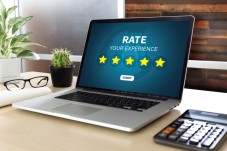 It takes some will and personal stamina to downshift one’s life in a rapidly accelerating world. I resent being hurried. I resent being cajoled or berated by advertising. I’m tired of the perpetual dissatisfaction that saturates a capitalist society. I’m tired of self-criticism. Of criticism in general. I’m tired of being bludgeoned by breaking news and shitty Twitter journalism. I’m tired of reviews and stars and thumbs and smiley faces. It’s a system designed to feed insecurities and fears. It’s fantastic if you’re immune, but most of us, I believe, are not.

One must make a deliberate choice to go slow in this world. And it’s not even really that slow. I’m the driver who stays within five miles of the speed limit while I’m being tailgated by the impatient, the entitled, and the dangerous. I must resist the pressure, drive safely, stay as far away as possible from other drivers, and ignore the rude hand gestures. That seems like a pretty decent metaphor for my life at the moment.

This little writing session was all it took. I now have a few post drafts for the next week. It’s a reminder that always surprises me. When you’re stuck or silent or uninspired, all you have to do is start. It might be the shittiest start ever, but giving yourself permission to start where you are can be the beginning of something amazing. Not this post, of course. But something.