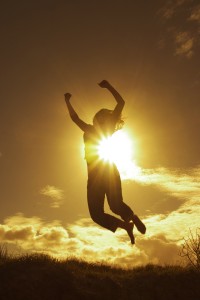 When I was a little girl, one of my favorite books was Nellie Bly, Reporter by Nina Brown Baker. It told the true story of Elizabeth Cochrane, a pioneering female journalist who wrote under the pseudonym Nellie Bly. In 1889, she presented the idea to her editors to take a trip around the world, attempting to make Jules Vernes’ Around the World in Eighty Days a reality.

She took with her a sturdy dress made especially for constant wear, a coat, some underwear, a bag of toiletries and required currency. 72 days later, after transportation debacles, storms on the high seas and the purchase of a monkey named McGinty, she completed her journey and was celebrated throughout the nation. She had packed light, but with the idea that she would be traveling in all conditions of weather, on all manner of transportation, and that she would encounter unforeseen circumstances.

I am beginning a journey of my own. Today I decided to leave my job of almost 12 years, submitting a letter of resignation. My end date is a few months out to ensure a smooth transition. It was a difficult decision to make. I like my employers and for a long time, I really liked my job.

I have often described myself in terms of what I have been paid to do: soldier, library manager, program coordinator, administrative assistant, business manager – always excited when I had the next new business card in hand. I have worked all of my adult life, sometimes juggling multiple jobs, doing what I needed to do to support myself. I never saw beyond the next promotion, the next pay raise, or the next new project I would undertake.

I took on other titles along the way: wife, mom, caregiver, volunteer. I stopped thinking beyond the next meal, the next house chore, the next scheduled lesson. My juggling act of work and family started to falter. Balls were dropped. I felt trapped, angry and a tad rebellious.

I know now. I want to pursue a writing career. I don’t know if I have the talent or the discipline to embrace the dream of my five-year-old self. I have fortunate circumstances that allow me to find out. Initially, I was embarrassed that I have a choice, because I was always the poor kid who never stopped wanting. Good fortune doesn’t really register. But it has occurred to me that I should be more ashamed that I would waste such an opportunity.

Without my family and their support, I may have continued to hold on tightly to habitual security. I would have struggled to overcome my apathetic malaise, reapplied my efforts to being a good employee and a “good” everything else, until the next dip in the roller coaster.

I think it’s finally too late, though. I’ve gone off the rails. I hear echoes of the future and like sirens on the rocks, they only call me forward. I have packed lightly for the journey, with faith in myself, trust that everything will be okay, and a little bit of middle aged moxie. I hope I get to where I’m going – before I run out of clean underwear.