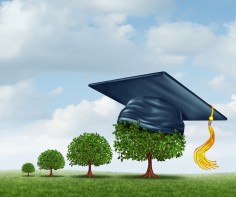 In 1993, I dropped out of grad school after one miserable year. I was a failure, barely surviving academically, juggling three jobs, in over my head in so many ways. I make jokes about it, but when I pitched a nonfiction proposal to an agent last week, she asked about my education. I was truthful and while she was interested in my proposal, I could tell that I did not have a good “platform”.

For nonfiction proposals, agents and publishers want someone with a platform. A platform is the writer’s expertise, background, and being a known entity and expert in their field. I was a little proud that I could pitch an idea on the fly, except that it really wasn’t that spontaneous. And it was never my first intention.

While in grad school, I came across the published journal of a Russian woman who had disguised herself as a man and fought in the Napoleonic Wars in the early 1800s. She was the first known female officer in the Russian military. She had a difficult upbringing. Her mother hated her and at one point, had tossed her out of a moving carriage. She survived, but from that point on, her mother had no part in her care.

The story appealed to me not only as a veteran, but also as someone who was engaged in an ongoing battle with her own mother. It found me at the right time and stayed with me. For nearly 25 years, I’ve kept notebooks, collected research materials, and always planned to write a historical novel someday. The agent pitch I did at the conference brought clarity to me. I didn’t have the chops or the credentials for writing nonfiction history.

I went to the library last night to work on a writing plan to follow up with various agents. While I’m still working on a novel, I thought I’d take a look online to see if there were any other research materials available for a fictional work on Nadezhda Durova. I sat back, stunned. An American writer had written and published a historical novel about her just six months ago.

Dreams, delusions, disenchantment. I’m quite adept at spinning my own story. A story I’ve carried with me all these years – of failure and struggle and the possibility of writing my way to redemption – a story of rationalizations and justifications. Of never fully feeling the pain of the moment in which I am told or learn, once again, that I’m not good enough. All these years, I’ve been disappointed in myself, maybe even a little ashamed. But I had a good idea and maybe that would redeem me.

I am always reminded of that line by The Talking Heads “How did I get here?” The tale of my academic life is one of happenstance. When I joined the Army at 17, being clueless and uninformed, I wanted to be a French linguist. I had four years of high school French and being a linguist sounded more enjoyable than company clerk or truck driver. The demand for French linguists in military intelligence was, of course, not particularly high. They needed Russian linguists. Okay then.

After spending a year in intensive Russian language training at the Defense Language Institute, I moved onto more training, a permanent duty station in Germany and when my four years was up, I gladly left. The shortest way to a degree meant taking Russian, because I was able to transfer a lot of Army credits. So there I was, on track for a degree in Russian studies. As far from parlez-ing as I could be. Even further from writing.

I finished a four year degree in a subject that had never been part of my “when I grow up…” narrative. With no clue as to next steps, I applied to grad school. In the English department. The admissions rate was about 7% at the time. Applying to a program tied to the Iowa Writers’ Workshop was like spitting in the wind. I didn’t get in, but I did get accepted into the Russian Department.

It took me a year to realize that I hated my life, hated school, hated getting up at 3:30am to do a janitor job, go to classes, put in my hours as a research and translation intern, and then head to my job at Target.

The final straw was after I had to do a presentation on Russian morphology. In Russian.

The professor pulled me aside at the end of class and said that he was going to do me a favor by giving me a B-, instead of the C that is considered failure in grad school. I was going through complete misery just to scrape by on someone’s favor. And paying thousands of dollars for the honor. Time to quit academia and start working fulltime.

The years that followed were progressive administrative jobs, still carrying my notebooks and research materials from Iowa to Minnesota, into a home I share now with my daughter and husband. Since focusing on writing the last few years, the possibility of writing that historical novel seemed closer than ever. Until last night and seeing that Linda Lafferty had written The Girl Who Fought Napoleon.

I didn’t feel crushed or disappointed. In some ways, it was liberating. Carrying that novel idea was more than just a writing project. It was justification for all that education in Russian language and history. It was redemption for having failed. It was a reason for having wasted so much time and money doing something for which I had little passion. Even the kernel of complicated mother-daughter relationships has dissolved in the face of relative peace I’ve made with my own mother over the years.

Last night, I dreamed of getting divorced from someone other than my husband. I woke up feeling sad and disappointed and bemused. The person didn’t have a face that I recognized, but this morning I surmised his name was Failure. 25 years is a long time to carry shame and I think I’m ready to put it down. There are other stories to tell.