Posted on February 21, 2018 by Michelle at The Green Study

A Writer Walks into a Book Club… 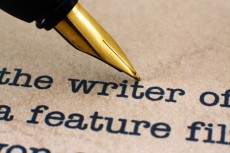 I fumed well into the night after attending an open book club at my local library. At first, I was hopeful. There were discussion worksheets with great analytical questions about the book laid out on the tables. Except they didn’t use the worksheet. Many people hadn’t even finished reading the book.

After an hour of people sharing personal anecdotes about trips to Italy and saying inane things like the book should have been shorter with no supporting reasons, I quietly closed my notebook. A notebook with ten pages of earnest notes about the novel – turns of phrase that really struck me, questions about this character or that, paraphrased ideas that I thought were interesting. I tried at a couple of turns, to bring the conversation back to the actual book, with little success. Defeated, I felt a familiar shroud of isolation and alienation descend over me.

Was it me again? Were my expectations too high? Was I too intellectual, too much the four-eyed pedant that I’ve felt like much of my life? Was it the ugly side of my introversion taking over? It would not be the first time that I felt abnormal or out-of-step. Sometimes people will console themselves with a sense of superiority. For me, it’s more like what the hell is wrong with me?

Growing up an intense reader can put one with odds with the outside world. Especially if that world, as mine was, is a place of drunken brawls and cars on blocks in the front yard (that stereotype really holds up). Mocked for always having one’s nose in a book or being too smart for their own good is a surefire way to make a kid feel like they are not quite right.

It took me a moment or ten, but I shook off my automatic response of feeling like the ugly duckling and realized that I’m a writer now. I read differently. I wonder about things like themes and story arcs and symbolism.  I think about points of view and a writer’s choice to jump characters or time periods. A book is no longer just a story to talk about – it’s a work of art to be dissected and discussed and learned from. I can’t walk into a random book club and expect people to be discussing foreshadowing and metaphor.

Although I did expect them to talk about the actual book. Guess that depends on the club. I tried to readjust my thinking. Just listen. Listen to them as readers. As readers, they were a disappointing lot. One woman even piped up I am not going to finish the book, looking around as if to dare someone to challenge her. I scrabbled about my brain until I came up with a productive way to to turn it around. At what point did you decide not to finish and why? Too late. Someone else was already off on a tangent. 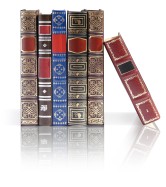 It’s become clear to me that I’m hungry to connect with others about books. Flirting with Goodreads, exchanges here on the blog when I write about books – these tentative attempts are happening more frequently. But I have to come to terms with the fact that I’ve become much more analytical in my reading than I’ve been in the past and that the level of discourse I need goes beyond that of an audience entertained by a storyteller. I am a storyteller who wants to be a better one.

I’m throwing this post up in the hopes of getting some ideas.

Is a book club for writers a thing? Have you started or joined one? What are your positive or negative experiences with a book club?

Update 04/18/18: I’ve started an online book club for writers! It’s slow going so far, but check it out if you have an interest. We’re reading Sing, Unburied, Sing by Jesmyn Ward for discussion 5/15-5/30/18. Next month is a poetry collection, Afterland by Mai Der Vang.

← Book Reviews: Acts of Generosity or Ego?
A Politician, a Journalist, and a Citizen Walk into a Room →

94 Comments on “A Writer Walks into a Book Club…”