Vulnerability: The Art of Falling Forward

The state of being a writer is sometimes a mercenary one. Everything is material, even the most raw moments of one’s life. Over the last seven and a half years, I’ve exploited myself, without mercy, to write posts about the many (many!) lessons I’m learning just being alive as a human.

I took a hike yesterday morning on a regional park trail. Five feet from the trail stood a young doe, busily munching away at foliage. Her head jerked up and she looked at me with dark eyes, her long ears flicking. I stood stock still. She went back to eating. I crept a little closer and stood still again. She glanced in my direction and continued snacking away. It felt like a reward for patience, to be allowed to stand there and watch her.

It occurred to me, for just a second, to pull out my phone and take a picture. There was a choice here: to fully have the experience or to try and create a facsimile of it, likely sending the doe running off into the woods. It wasn’t a hard choice. Pictures rarely re-create an experience and what was the point? On the road behind me the park shuttle, with its open cars, began to pass by. The doe remained despite the shrieks of the shuttle’s passengers. Ooh, get a picture!

Writing is my version of getting a picture, but with more lenses at my disposal. I can shape a narrative, cut out the boring bits, use this word or that. It is still an attempt to capture time, but the very process is a safari. What I discover is usually the point of it for me, not the subject itself.

At times, this blog has felt like a confessional and at others, a practice in seeing the lesson in every nook and cranny, to redeem moments that may seem bereft of any usefulness. The intent was always to sharpen my writing skills and writing here has done that to some extent, but it has also made me fearful that I am incapable of writing anything else.

Fear has been a big player in my mind lately. It’s been a tough eight months. My mother-in-law died, I had a health scare, we had to euthanize a pet, and then there was a medical crisis with my daughter. When it comes to life stressors, I’m racking up some frequent flyer miles. It’s left me open – tears in front of strangers, writing raw words in public, a sense that I am always in recovery from something. And the constant interaction with friends and family and medical professionals, while necessary and/or appreciated, has laid waste to my inner sanctum of solitude and quiet.

Part of me wants to close up shop for the season, shutter the windows, batten down the hatches – emerging only when I have my shit together, my composure composed, my armor firmly in place. But I know that is a feeling born of fear – a fear that I somehow won’t be regarded a serious writer or person, because I have shown vulnerability.

Not to feel exasperated, or defeated, or despondent because your days aren’t packed with wise and moral actions. But to get back up when you fail, to celebrate behaving like a human—however imperfectly—and fully embrace the pursuit that you’ve embarked on.

If there is anything I find intolerable these days, it’s living a life based on fear.

We see the outcomes all around us, when people live fearful lives. Our entire culture is a feeding frenzy of fear and anxiety. Our politicians exploit them. Advertisers feed them and sell us the “cure”. The wannabe sociopaths see opportunities for gain. I’ve lived a tight, quiet life of barely controlled fear and anxiety for decades, but I tend to do a lot of things that cause me more anxiety on purpose, in the hopes that I’ll become less sensitive to shame and self-consciousness. No dice thus far, but vulnerability is a habit now and somehow, I have to believe that it is a good thing.

…and that visibility which makes us most vulnerable is that which also is the source of our greatest strength.

It is my usual way, after a life event, to evaluate how I should move forward – as if I can prevent the next crisis by living a better life, being a better person. It’s a superstitious behavior on my part that has no impact on the random nature of life. I am also tempted to isolate myself, to regain a sense of privacy and decorum, but I know that’s a long ago voice in my head whispering protect yourself, don’t let anyone in, don’t get hurt, be invulnerable.

I know that it’s in my best interest to stand still, to not indulge distractions, to not steamroll my emotions, or ignore the bruising nature of being open. I recognize my fears, but I refuse to engage on their behalf. I feel the creeping anxiety of not being seen 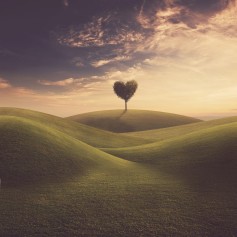 as fearless or strong or serious or professional, the very same defense that would prevent creativity, connection, and compassion. Self-protection, taken too far, becomes a prison.

Life is improv. It only gets better if you stay open, say yes, follow new threads, stay in the moment. You will look foolish, seem silly at times, perhaps lose the respect from those who prefer non-messy humans. But you will be living, in the words of Brené Brown, with your whole heart.

← Bone Weary
Starting Over: Going from Zero to Sixty (or at Least to a Grumpy Thirty) →

32 Comments on “Vulnerability: The Art of Falling Forward”